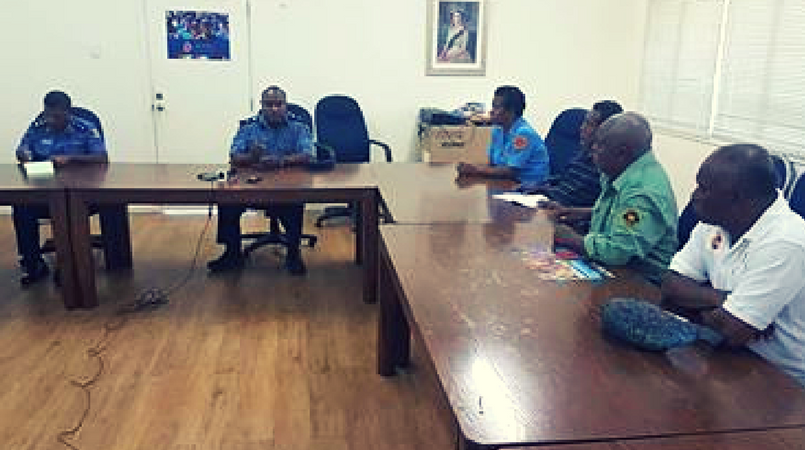 Elders from the Hanuabada village have met with the NCD metropolitan command to bring back police presence into the big village.

Today a second meeting was held between Met Supt Perou N’Dranou and his Superintendent Operations Micahel Tilae, along with village representatives.

The meeting was set up to form up mechanisms to deal with law and order issues in the village.

Addressing the meeting, the Met Supt commended the elders for taking a step to deal with issues being faced since police absence from the village in 2015.

The Superintendent of operations, Michael Tilae, reiterated calls by N'Dranou adding this was a step in helping them deal with law and order issues among the community.

Meantime, Village Magistrate Thomas Willie spoke about the need for police to set up a reservist unit or police peacekeepers under the police bylaws to deal with issues.

In the discussions that followed the Porebada/Laurabada electorate member for the Motu-Koitabu Assembly, Dikana Boge, suggested that the ban on the police be lifted by the villages.

He told the meeting that he would go back and hold a forum with villagers about moves to lift the ban.

The Met Supt encouraged the member to go back and hold conference to have assurance from the leaders that the presence of the police will not be disputed.

To date, N'Dranou says it is about time the issue of the ban is dealt with so that progress can be made in terms of the law and order situation on ground.

Village Magistrate Seura Loa reiterated this call saying that the village, since the ban, has seen a very bad impact in terms of the lack of police enforcement of laws. He says while they have been dealing with minor issues, big crime issues like drugs and stolen motor vehicles have been on the rise since police have been banned from the village.

Elevala United Church elder, Gavera Tom, said they need support from police and is welcoming the suggestion to lift the ban.

Tom added that many issues rose from the police no-go zones implemented since the HB shooting incident and subsequent police standoff that took place following the conflict in the village.

The Met Supt welcomed all discussions but repeated that the elders needed to go back and ensure the agenda came with the full community support.

He said the onus was on the elders to see this through.