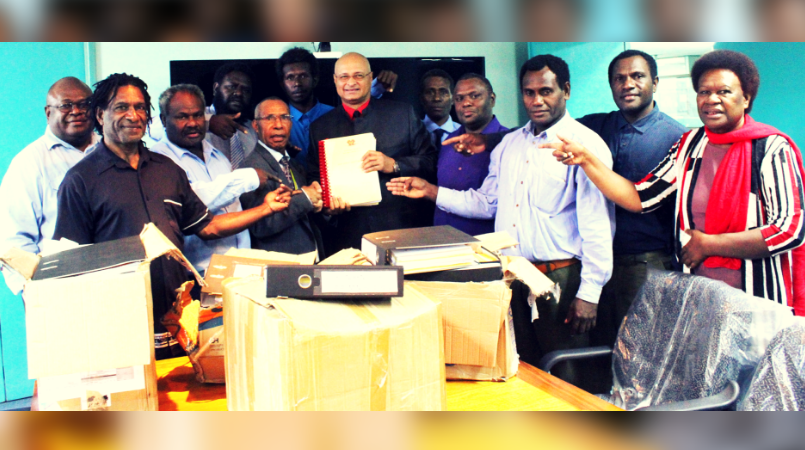 Namatanai district of New Ireland Province has been commended for presenting its acquittals to the Department of Implementation and Rural Development (DIRD).

During the presentation by the Namatanai District Development Authority (NDDA) board on Friday, deputy secretary operations of the DIRD, Steven Rambe, said: “Thank you for doing the right thing. This is evidence to show that you are delivering for our people and it shows how funds are being used to develop the district.

“I commend you for putting people’s interest first among any other things and that should be emulated by all the other MPs,” Rambe told Namatanai MP Walter Schnaubelt.

Member for Namatanai and NDDA Chairman, Schnaubelt, thanked Rambe for his support, saying his district already has a five-year development plan to chart new development pathway and bring much needed services for the people by working closely with DIRD to furnish timely acquittals.

“My district has consumed millions of kina over the past 40 years, being a resource rich district; however, this has not translated into improving the lives of the people who continue to lack basic services. It is time now to empower our people first,” Schnaubelt reiterated.

The presentation of acquittals was witnessed by board members of NDDA who were in Port Moresby recently on a weeklong familiarisation tour, which included five LLG presidents of Namatanai district, excluding Tanir LLG president, and three community representatives, acting district administrator, Neville Tomon and political staff of Namatanai MP.

Namatanai is one of two districts in New Ireland province with a population of over 110,000.

(Namatanai MP Walter Schnaubelt, centre, handing over the report to deputy secretary operations, Steven Rambe, of the Department of Implementation and Rural Development, in the presence of NDDA board members)