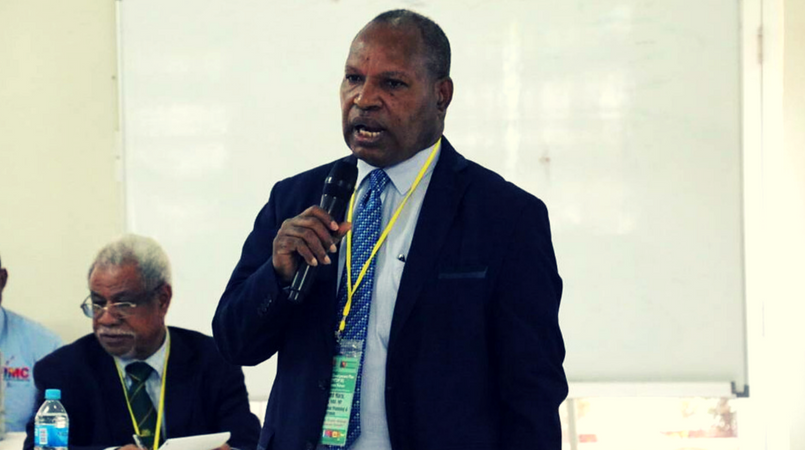 The Minister for National Planning, Richard Maru, opened the forum by highlighting the framework of the MTDPIII and urged District Authority CEOs to align their 5-year provincial and district plans to the national plan.

Minister Maru urged leaders of Southern Region to focus on raising revenue for their own provinces and districts because their current contribution to PNG’s national development is below average.

The forum is being held at Dixie Bungalows outside Port Moresby and is being attended by District Authority CEOs from the Central, Gulf, Milne Bay and Northern provinces.

Minister Richard Maru challenged them to align their 5-year plans to the national plan.

He said their current contribution to national development was below average, compared to the other 3 regions.

The Minister highlighted that the country is at crossroads and if provincial and district authorities fail to take corrective measures to address pressing challenges, PNG will continue to be a sinking ship.

Some of those many pressing issues are the decline in Government revenue resulting from lower global commodity prices, companies failing to pay taxes, foreign exchange problems as well as an explosive population growth that puts pressure on public goods and services.

Meantime, the Growth Agenda will be pursued through these five headline strategies.

The regional forums provide opportunities for provinces and districts to get an insight into how sub-national governments plans are expected to align to the MTDP3.

Forums for the Highlands and New Guinea Islands have concluded. Southern Region concluded today while Momase Region kicks off this Thursday.