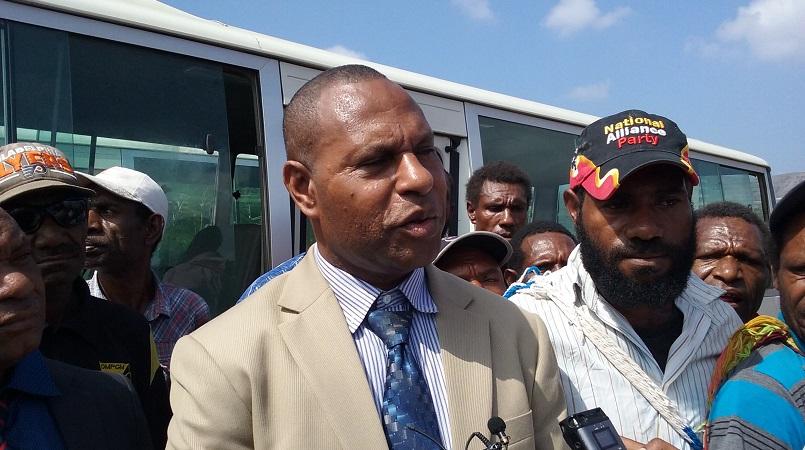 Two members of the 10th parliament who have election petitions filed against them in the court of disputed returns, have appealed for calm among their supporters as the matter goes to court.

Kerema open MP, Richard Mendani and Angoram MP, Salio Waipo have both called on their people not to take matters into their own hands at this time but let the court deal with the petitions.

The two National Alliance Party members, have engaged the service of Tony Waisi, and both were in court today.

Mendani said he accepts the petition that was filed against him and was confident it will be dismissed.

“There are only three grounds that are raised against me and I’m very confident that they will dismiss the case.

He said a lot of issues and allegations have been posted on social media against him, but said they were under control.

“I appeal to all of those going around harassing and intimidating our supporters, they should not be doing that. The only place for them to air their grievance is through the courts,” Mendani added.

The second term MP for Angoram, Waipo, also raised similar sentiments to his supporters over the petitions.

“My appeal is to the people back home, don’t take matters into your own hands, it is now before the court.  I accept that, and am happy to go through and clear my name in the courts.”

“The court is the only option to go and clear ourselves. Let the courts decide on our victories,” Waipo said.

A total of 77 election petitions have been filed so far, three have been withdrawn.