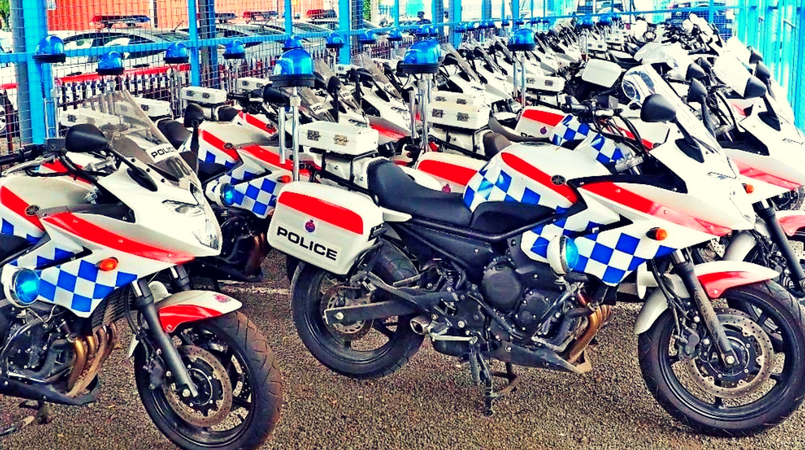 Deputy Police Commissioner and Chief of Operations, Jim Andrews, received the keys of the motorcycles and the garage from the AFP Mission Commander, Assistant Commissioner Bruce Giles, at the opening and handover ceremony in Port Moresby on January 29.

Deputy Commissioner Andrews said: “I thank the people and government of Australia for the continuous support to the Royal Papua New Guinea Constabulary to provide security for the APEC meeting this year.

“Some time back this place was filled with wrecked vehicles and redundant office blocks. Within a short period we have seen a massive facelift and I’d like to thank the AFP for driving this wave of change across the constabulary.”

Andrews, in challenging Police officers to take ownership of the assets, added: “Building and buying assets is one thing, whilst maintaining and utilising the assets for the maximum benefit is very pivotal.

“I challenge all officers to be good stewards of the assets during APEC and beyond.”

The ceremony coincided with the launching of the motorcyclist and driver training course. Also present were the National Capital District Metropolitan Chief Superintendent Perou N’Dranou and other senior officers from the RPNGC, AFP and the New Zealand Police.

(The 20 new donated motorcycles parked in the secured garages at the Four-Mile Traffic Directorate head office in Port Moresby. The motorcycles are ready for the APEC motorcade)