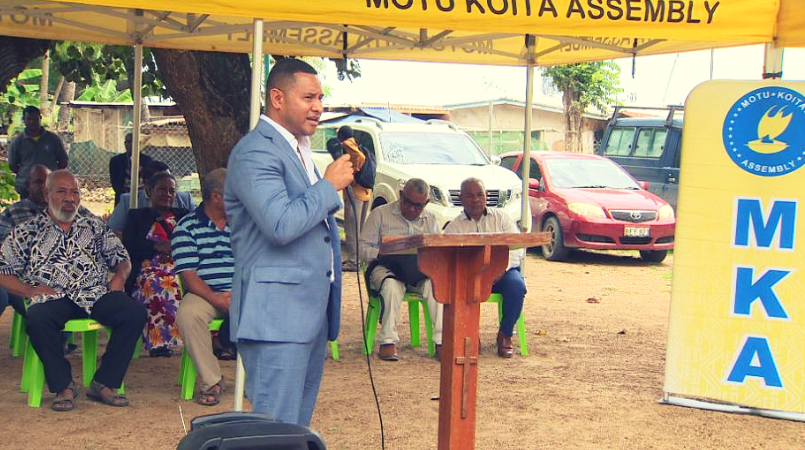 The roadshow aims to create discussion on the current status of Motu Koita land and give locals a forum to speak about their lands issues.

The event was launched on October 8th in Vabukori Village.

Motu Koita Assembly Chairman, Dadi Toka Jnr, said: “We are going to be doing a roadshow which will go through all nine villages and it’s more a roadshow so we can present what the current circumstances are, what the current status is for Motu and Koitabu land, and then create the opportunity for each and every one of you to tell us your concerns, where you think things should be fixed, what changes should be made and so on and so forth.

The roadshow is a lead up to the Motu Koita Customary Land Forum scheduled for November.

“From here, the outcomes of those nine villages we’ll consolidate all those outcomes and then we’ll have a bigger forum, and that bigger forum will be staged at the International Convention Centre.

The MKA Chairman said amendments to legislation is a must for them to move forward.

At the heart is the Motu Koita Assembly Act of 2007.

“In order for the indigenous landowners of this city, Port Moresby, to move forward we need something more than the act. We need something different that gives us empowerment whether economically or it needs to give us more powers so we can move forward, so our people can benefit.

“I’ve got this piece of paper that says Motu Koita Assembly Act but it does not give me the powers to go and stop a simple construction that is being done on certain customary land.

“The problem we have here is we have an act, we have an act that tells us that this our revenue sources, these are the certain powers we have, and yet when we try to implement them, the conflicting organisation or conflicting authority have an Act as well. So both Acts need to fall in line.

“The very clear one being the NCDC Act. And then the other act, that also stops or give us hindrance on what we are trying to move forward with, trying to gain more revenue sources, like creating more opportunities with a harbour tax, the airport tax, the land rates. So there’s numerous issues that need to be addressed. But I need your input first,” said the Chairman.