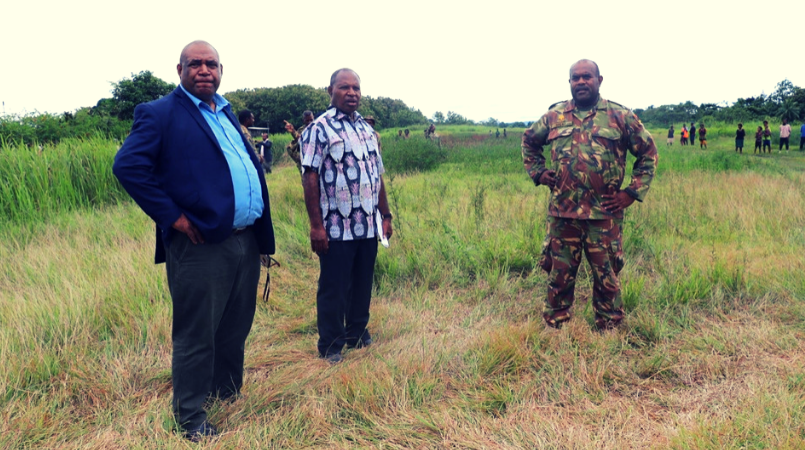 The Minister for National Planning, Richard Maru, was shocked to find the once thriving Aiome Station, district headquarters of Madang’s Middle Ramu District, now void of any basic government services.

Together with the Minister for Defence, Solan Mirisim, both leaders were at Aiome on March 14th to see the progress of the work being carried out on the Baiyer-Madang road link.

They saw first-hand the urgent need for change in the area, starting with the vital road link that will open up the area for vital services and economic activity.

“I cannot believe that these people are living without any basic services. There is no government presence, everyone is operating out of Madang. And without a road link, it takes up to 10 hours to get to Madang to access services. This is shocking,” Minister Maru said.

PNG Defence Force Engineering Battalion Aiome/Simbai Detachment team said there is no communications network in the area because the existing tower was also vandalised. As a result, the officers have to rely on the PNGDF radio to communicate to base.

The airstrip is covered by savannah vegetation and the law and order in the area is handled by a lone police officer.

The PNGDF team had to step in to address law and order issues in the area and also assist with health care matters. It brings to question the use of the millions of Kina allocated by the National Government under the District Services Improvement Program (DSIP) each year.

District Administrator, Barnabas Mikikmaong, said it has been 5 years since public servants left the station.

Minister Maru is now adamant that the Baiyer-Madang road link be completed to address many of these issues with the absence of basic services.