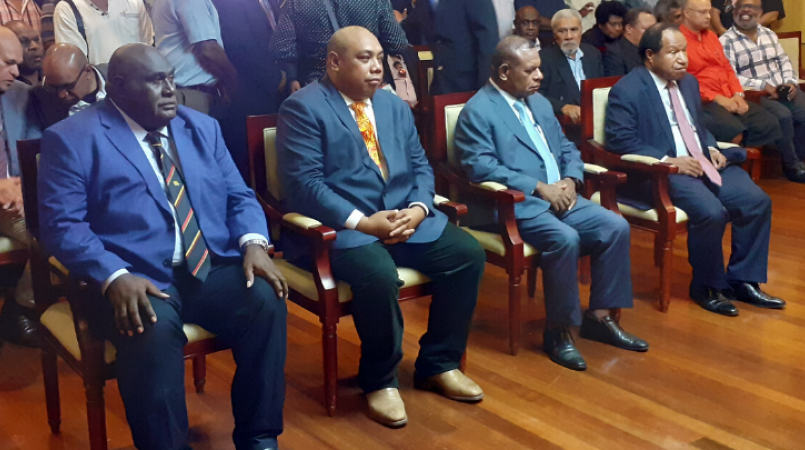 This was announced following the swearing in of National Alliance Party Leader, Patrick Pruaitch, and his Deputy, Timothy Masiu, as Ministers as well as United Resources Party Parliamentary Leader, William Duma, and his Deputy Jelta Wong.

Pruaitch now takes on the Foreign Affairs and International Trade portfolio, Masiu as Communication and Information Minister, while Duma has been allocated the Commerce and Industry Portfolio, and Wong as Health & HIV/AIDS Minister.

“Today I had the unpleasant task of decommissioning some fine PNG leaders but at the same time uplifting leaders of NA and URP into Cabinet," stated the PM.

"Government needs cohesive and coherent mindset and because I was leading a big coalition of over 105 MPs the last 5 months, sometimes I was kept busy managing politics than country due to differences of opinions from amongst different political parties in government.

"Due to continual contest of opinion, I had to let few go including Pangu Pati detaching from alliance with PNC. The Pangu caucus continued to give hope for sincerity of relationship between PNC leadership but since the cross acceptance of nomination by former PMPO on 30th of May and continual evidence of PNC’s interest in Opposition."

Prime Minister James Marape announced that Ministers' performances will be reviewed every six months with Key Performances Indicators to measure their performances.

The Prime Minister warned Ministers and senior public servants to step up and get on with the job of taking back PNG.