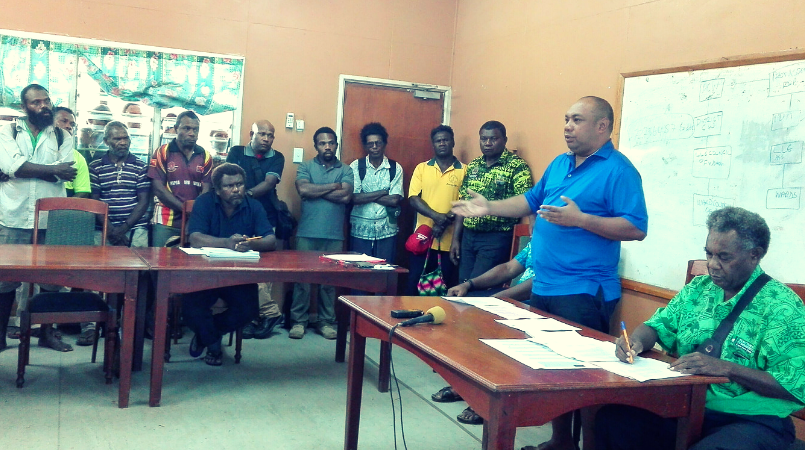 Member for Gazelle, Jelta Wong, has reminded elected Ward Members in this year’s LLG elections of their roles, which is to deliver services to the people.

Speaking at the declarations of the Central Gazelle, Inland Baining and Lassul Baining LLGs at Kerevat on July 26th, he reminded the elected Ward Members to refrain from playing politics and fix up the wards first so people can realise delivery of services from the district.

While congratulating the elected Ward Members, he said it will not be an easy run.

He said Ward Members will be voting in their new presidents at the LLG chambers in a few days and further discouraged them from joining camps and promoting corruption.

Wong stresses that all elected Ward Members should be present at the respective LLG chambers where intending presidents will give talk and lay out plans and policy for their respective LLGS so that all Ward Members can assess who they are voting for and it will be transparent.

“We are trying to eliminate the politics at the ward level so that everyone has a fair chance to participate.”

Wong said presidents have a bigger role to play in the Gazelle District Development Authority to deliver much needed services to the people.

He added there is a need to equip Ward Members on how to write up project proposals, hence the Gazelle district administration will be tasked to run trainings in the wards for Ward Members.