Less than five days before referendum 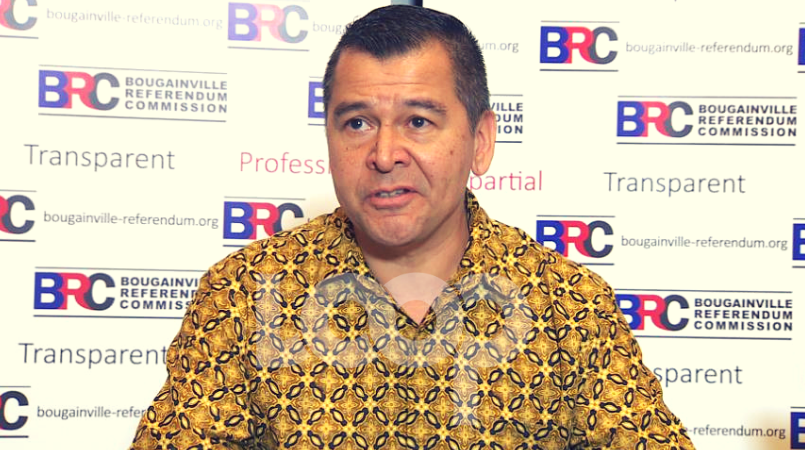 The Bougainville Referendum Commission is ready to deliver the historical referendum, which starts on the 23rd of November.

With less than five days to go before Bougainville goes to the polls, the Chief Referendum Officer has once again given the assurance that the referendum will be free and fair.

The Chief Referendum Officer, Mauricio Claudio, and BRC Commissioner Ruby Mirinka, met with members of the media to update them on the Bougainville Referendum Commission’s progress so far.

Claudio said polling officials are currently being trained, materials have been dispatched to the regions and will be delivered shortly to the polling teams while the polling schedule has been publicised via the BRC offices, its website and Facebook page as well as district administration offices.

“It’s out there and I encourage everyone to check it and make sure that they go out and vote on the appointed dates at their polling places,” Claudio stated.

The BRC further called for a ‘silence period’ before polling begins. The chief referendum officer says this is to provide a conducive and calm environment in the lead-up to the referendum.

“This silence period starts on midnight, the 20th of November, and ends with the start of polling at 8 o’clock in the morning on November 23rd.”

The BRC is also confident of a peaceful referendum following talks with the Bougainville Police Service chief and Deputy Police Commissioner, Francis Tokura.

The referendum will be watched by scrutineers, international and domestic observers and media to support the credibility of the vote.