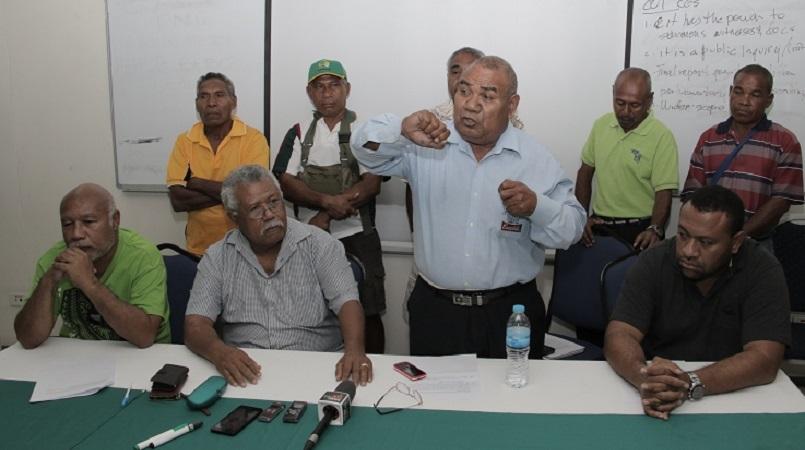 The Manumanu and Gabadi landowners in the Central Province are demanding a Commission of Inquiry (COI) to investigate allegations surrounding the land acquisition.

This follows a recent announcement by Prime Minister Peter O’Neill to down grade what he promised to be a COI to an Administrative Inquiry.

Gabadi leader Rev. John Ovia said the Prime Minister has promised the people of Manumanu and Gabadi a COI and that the report was expected to be tabled in Parliament on March 28.

Rev. Ovia called on the Prime Minister to act on his words for a COI to be set up to investigate the allegations surrounding the compulsory land acquisition process.

“We are very concerned to learn that the strength of the inquiry has been reduced to an administrative inquiry which we believe will not hold any perpetrators accountable for their actions,” Rev. Ovia said.

The landowners highlighted that a COI has legal powers to summon witnesses to testify and call for documents to be tendered during its proceedings.

They noted that a COI is a public inquiry with a much wider scope hence its proceedings will not be conducted in private.

The landowners added that failing to do so, they have no option but to file formal written complaints to the Ombudsman Commission and the Fraud Squad for investigation for appropriate action against perpetrators.