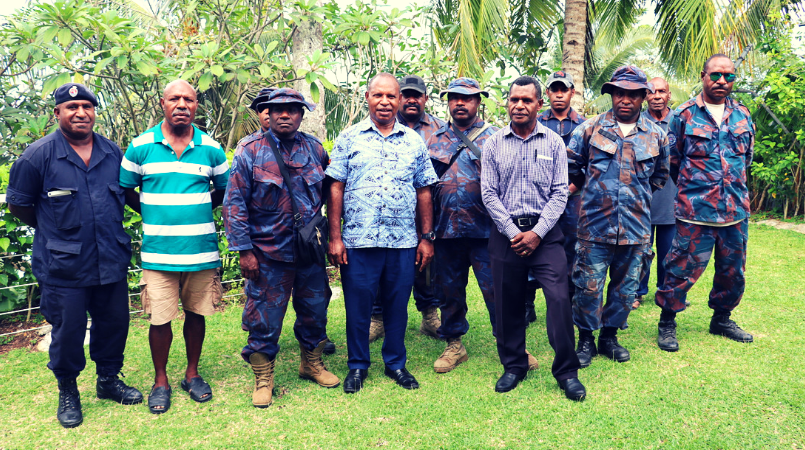 The Member for Yangoru-Saussia and Minister for National Planning, Richard Maru, welcomed the Lae-based Mobile Squad (MS13) on Monday.

The unit will be in the province for the next three months.

Minister Maru said the move to have MS13 in his district is to ensure law and order is maintained as the multimillion-kina Sepik chicken, grain and cocoa project kicks off construction phase in the coming weeks.

He urged the team to ensure the protection of State assets.

“You are not here for holidays. I want action and I want results. We know Lae has really improved in law and order and this is attributed in part to the Lae Police command, discipline and culture. So we’ve brought you here to see if you can make a difference here,” Minister Maru said.

Section Commander, Sergeant William Wimbi, said several arrests have already been made and he assured the Minister that law breakers will be put behind bars.

Special Sepik Economic Zone (SEZ) Project Implementation Manager, Thomas Yehiwara, said there is zero tolerance for anyone who attempts to disrupt the progress of this major economic project in the district and province.

The Minister has directed MS13 to patrol the four LLGs in the district both day and night in order to curb illicit activities, including homebrew making and other disorderly behaviour.

Minister Maru added that all outstanding murder and rape cases will now be revisited and perpetrators will be hunted down and brought to justice.

(Member for Yangoru-Saussia and Minister for National Planning, Richard Maru, with the MS 13)