Kepore sworn in as Accountant Ombudsman 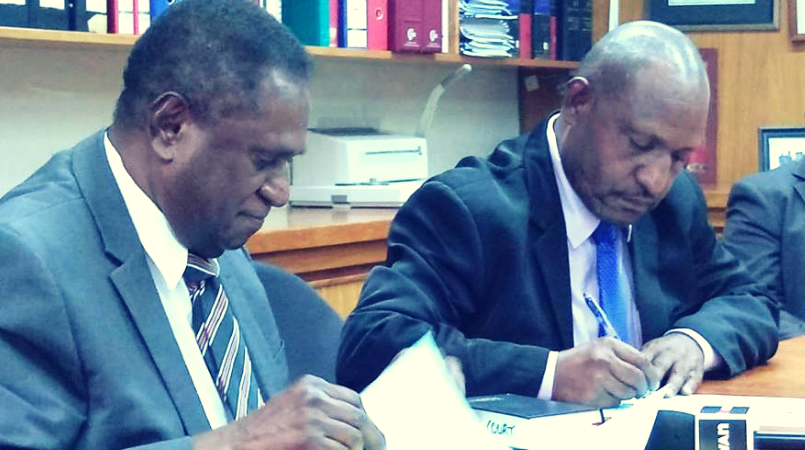 The Ombudsman Commission has welcomed the appointment of Kevin Kopii Kepore as the Accountant Ombudsman.

His appointment now completes the Ombudsman Commission’s administrative body, specifically referred to as Members of the Commission.

The Ombudsman Commission should consist of three ombudsman - the Chief Ombudsman who could be of any professional background, an ombudsman with legal and administrative background and an accountant ombudsman.

Since December 2014, the commission was one member short.

An accountant by profession, Kepore was appointed on October 9th, 2018, by the Ombudsman Appointments Committee.

His appointment as the Accountant Ombudsman now fills in the vacancy which existed for almost four years.

Kepore was the Director Academic for Certified Practicing Accountant of PNG. He previously worked as a lecturer at the Pacific Adventist University and a senior tax accountant with Deloitte Touche Tohmatsu.

Ombudsman Kepore was sworn in today by acting Governor General, Job Pomat, at the Government House, then later took his oath of office before acting Chief Justice Sir Gibbs Salika.

“You have an honorous task to assist Chief Ombudsman and Ombudsman Pagen, to uphold constitutional duty as declared to God and the people of PNG,” stated Sir Gibbs.

Chief Ombudsman Michael Dick and Ombudsman Richard Pagen congratulated Ombudsman Kepore, saying his wealth of professional experience will be of great benefit to the overall day-to-day administration of the Commission as well as his role in discharging his constitutional duties and responsibilities.