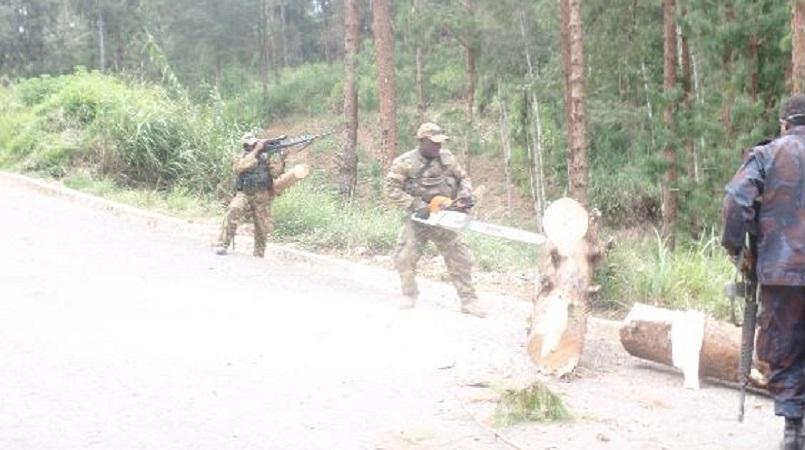 Security personnel have been sent to Surunki to clear out road blocks as the Enga police boss takes a more tough approach to the situation on ground.

Enga provincial police commander, George Kakas has suspended a policeman attached with the Mobile Squad 11 who was allegedly involved in a recent shooting incident that has led to the road blockage situation in the area.

Kakas has also suspended the Squad commander of MS 11 after he had defied instructions to disarm and bring the suspect to be processed over a week ago.

PPC Kakas has further warned the leaders of the Kii tribe that they have now become fugitives from the law.

He says that the road blocks have inconvenienced the travelling public and resulted in the shortage of supplies to Laiagam, Kandep and Porgera impacting on the operations of the mine.

“I will ensure that the new laws on the “protection of roads and infrastructure “and the Criminal code will apply.

“This illegal practice spreading through the Highlands to block off roads to hold the State or responsible entities to ransom must be eradicated”, Kakas stressed.

On Saturday Kakas led a contingent of Mobile squads 5 from Mt Hagen, Mobile Squad 9 from Tari, Mobile squad 12 from Laiagam and a PNGDF platoon to the site to clear up the road block, armed with chain saws-after the tribesmen did not heed his warning.