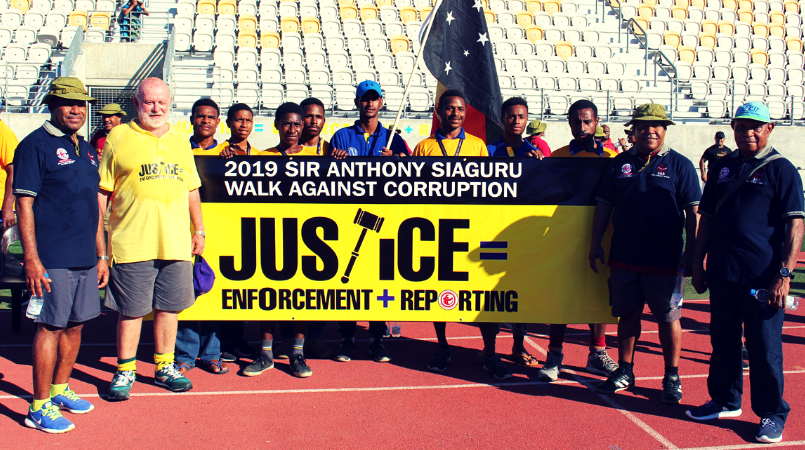 The Justice Sector pledged its full commitment to the fight against corruption by paving the path to activating the Independent Commission Against Corruption (ICAC) this year.

This was revealed by the Secretary for the Department of Justice and Attorney General during the TIPNG Annual Walk Against Corruption on Sunday.

Transparency International PNG holds annual Walk Against Corruption to raise funds for programs to address acts of corruption in the country.

The walk on June 9th raised K165,000 for the TIPNG operations, but TIPNG alone cannot eradicate the problem. It needs the whole community to fight this disease called corruption.

An important element in the fight against corruption, is for the country to have government agencies dedicated to this.

The Justice Department has paved the way for the Independent Commission Against Corruption to be operational.

Secretary for the Department of Justice & Attorney General, Dr Erick Kwa, said the presence of the Deputy Police Commissioner Jim Andrews and the CS acting commissioner, Stephen Pokanis, shows that at the sector level they are serious about fighting corruption.

Andrews said police investigating officers from the crimes division will be working within the ICAC.

Furthermore, the Correctional Services also has two mechanism within the department to address issues of corruption; they have internal affairs as well as the Prison Charter for officers, prisoners and public to report any unacceptable behaviour of CS officers.