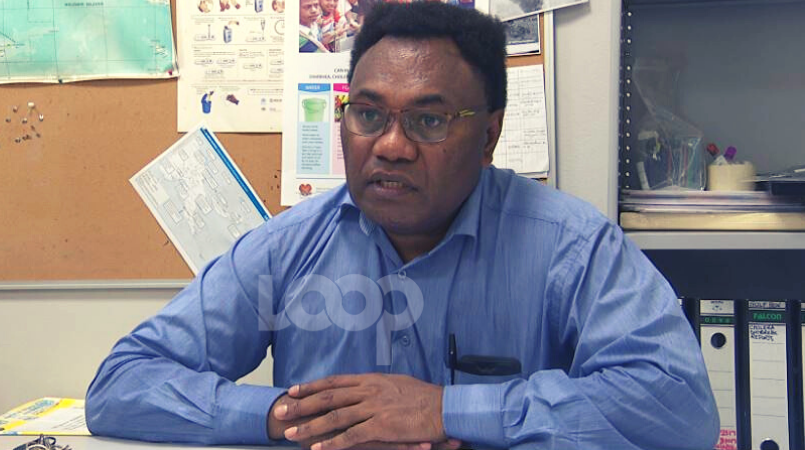 In response to the coronavirus, the Health Department is currently recruiting health workers to assist a private medical provider at the Jackson’s International Airport.

In a press briefing this morning, the Department of Health’s executive manager of public health, Dr Daoni Esorom, said: “We are working with the National Airports Corporation – they’ve got a private medical service provider at the airport. Currently we’ve discussed with them to continue that service so when inbound passengers come, they’ll just have to deliver the service whilst we’re ramping up our support.”

Dr Esorom said they are recruiting health workers now and by tomorrow, all of these response will be scaled up.

“We’re also going to get updates from other government agencies, especially Customs, National Airports Corporation on what they’re doing, also Immigration and what advices they have actually given the foreign embassies.

“I must stress here that what we are doing is at operations level. Each agency is going to be doing what they have to do within the organisation.”

Dr Esorom said since receiving a notification from the World Health Organization, the Health Department has had “communication and meetings” with NAC and their partners at the airport, Customs, Immigration, National Agriculture Quarantine and Inspection Authority and most importantly, the airlines.

A letter from the health secretary has been issued to all the heads of these agencies to alert and brief them on what the Health Department intends to do.

“There’s going to be a big meeting tomorrow (Jan 27th) with all these partners from 10am-11am,” stated Dr Esorom. “We’re going to be basically following up with these agencies and getting an update from them on the notices that we’ve sent them, what they’re doing currently and what they need to do.

“We’ve developed flyers and information advisory for inbound passengers at the international airport, giving a background of the coronavirus, common symptoms to look out for and what they need to do.”

The coronavirus, which has been detected in Wuhan City, China, has been described as a “never-before-seen-virus”. It was first reported to the WHO on Dec 31, 2019, and has been under investigation since.

He outlined that there are five key messages the public needs to be aware of and must adhere to.

“The first is you must always wash your hands with soap and water; basic hygiene, you need to follow it.

“Second, you must cover your nose whilst you’re sneezing and whilst you’re coughing. Third, it’s important to avoid close contact with anyone who has flu or flu-like symptoms.

“Fourth, it’s very important for families and people to thoroughly cook food, especially meats and eggs. And most importantly, avoid getting in contact with wild animals.”

“A novel coronavirus (nCoV) is a new strain that has not been previously identified in humans.”

This new virus has been temporarily named “2019-nCoV”.