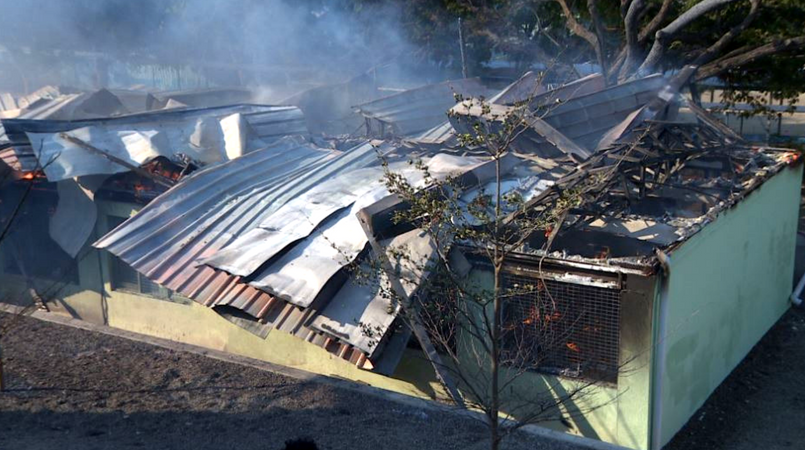 A Grade 12 student from Kilakila Secondary School has been arrested over the classroom burning from last Friday, which left 200 students without a home room.

Kilakila secondary has a population of over 1,000 students.

It is one of the oldest schools in the city which saw some classrooms rehabilitated in the past two years at a cost of K1 million, by the office of the Moresby South MP and NCD Governor.

One of those classrooms, a double-storey building, was razed last Friday afternoon, allegedly by a student who was not happy about being disciplined.

Badili Police Station Commander, Bill Werake, said the student (name withheld) was picked up on Tuesday afternoon while he was in class.

The 20-year-old student from Goilala was arrested and charged with arson.

He has been refused police bail and PSC Werake said the student will have to apply for bail when he goes to court.

He was disappointed to find out that the student is one of those under the NCD TVET program.

The suspect will be appearing at the District Court soon.