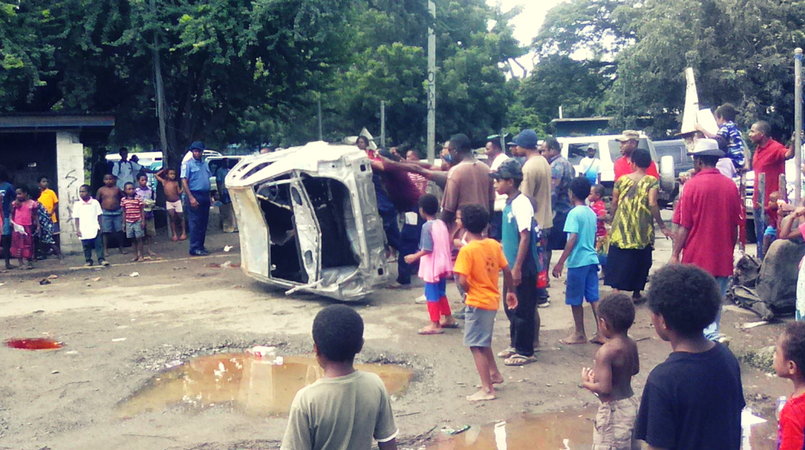 The barricade to the main entrance of Gordon's Police Barracks in Port Moresby has been removed.

It was cleared at 9.12am after police personnel and their families, numbering around 500, received a favourable response from NCDC-Central Commander Sylvester Kalaut and Metropolitan Superintendent Ben Turi.

The main gate to the Gordon's Police Barracks was blocked off at around 4am today.

Police personnel and their families residing at the Single Quarters have blocked off the main entrance in frustration over their poor living conditions.

The 180-room accommodation, which houses over 500 people, has been condemned by the NCDC Health Inspectors.