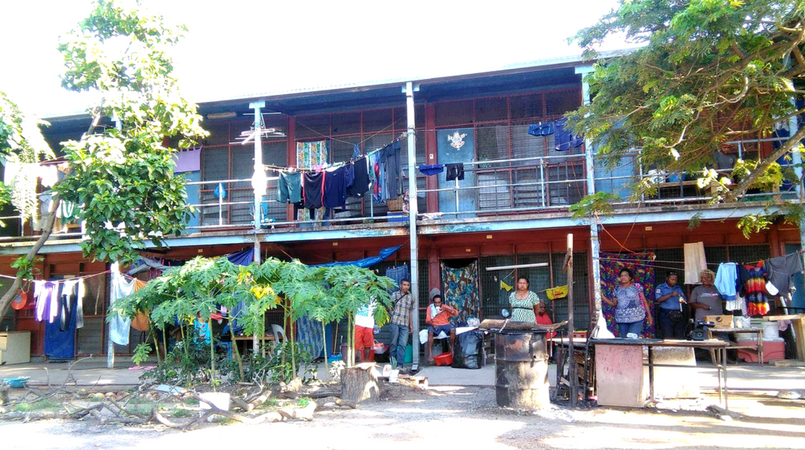 Tenants at the single quarters at the Gordon’s Police Barracks were advised this afternoon that two of the three single quarters’ blocks will be demolished tomorrow (Feb 21).

Earlier this afternoon saw the first phase of the demolition take place as contractors chopped down the raintrees.

Present to witness this was the NCD/ Central Commander, Donald Yamasombi, and officer-in-charge of the Gordon’s Barracks, Chief Sergeant Jeffery Simewa.

Commander Yamasombi told the tenants that apart from the 15 genuine families who had remained after missing out on housing at the new Bomana barracks, they will be the only ones that will be looked at for relocation.

He warned that he is carrying this directive that has strictly come from the Police Commissioner, Gari Baki, following an inspection by the NCDC Health Authority in 2015 condemning the barracks as unfit for human habitation.

Despite confrontation and protest by some tenants, water and power were cut today to the single quarters.

Yamasombi adds that the additional number of people have incurred a lot of cost, which is the last thing the department should be worried about right now.

“The families have this afternoon and tonight to move out before the demolition is set to take place tomorrow.”