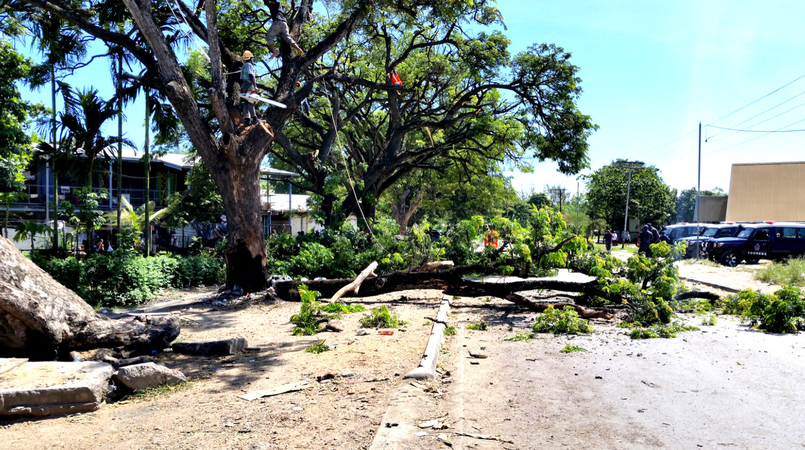 The demolition for the single quarters at Gordon’s Police Barracks, Port Moresby, has been halted.

NCD metropolitan superintendent, Perou N’Dranou, confirmed that this has come about following a court order issued by the district court last week.

The order restrains the police hierarchy from removing tenants and occupants from the three single quarters of the single barracks.

Meanwhile, the families and tenants remain housed at the barracks until the courts arrive at a decision.

The next court hearing is set for this Wednesday (Feb 28).

The call for demolition comes after strict directives were issued by the police hierarchy following an inspection by the NCD Health Authority in 2015, condemning the single quarter barracks as unfit for human occupancy as well as the incurring cost of amenities to the department due to the additional number of people residing in the barracks.