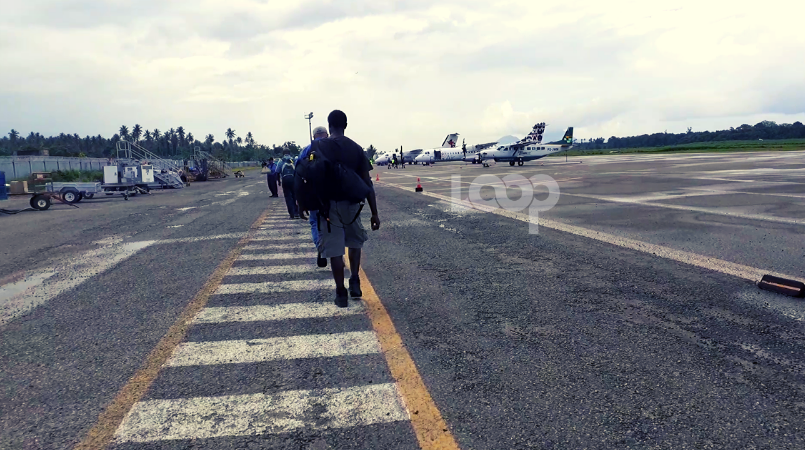 All Fokker flights into Tokua airport, East New Britain, are now being operated by the 76 seat Q402 and 50 seat DHC-8-315 aircraft.

In a statement, Air Niugini says this is due to the current runway upgrade by the National Airports Corporation (NAC) which commenced on Monday 24th February.

“The runway upgrade was initially planned to take place on March 9th, 2020, however following heavy rains, the works commenced earlier than the initial set date.

“NAC has advised that these runway restrictions are expected to continue until June 16th however, from the period 27th April to 16th June, the works will involve further shortening of the runway, hence it will be restricted only to the operation of 36 seat DHC-8-202 aircraft.

“Air Niugini is expected to resume Fokker jet operations from 17th June, however Tokua airport will be closed only for all Sunday flights for 17th June to 5th August to allow for continuous runway works.

“Air Niugini regrets any inconvenience this may cause however, the situation is beyond the airline’s control.”