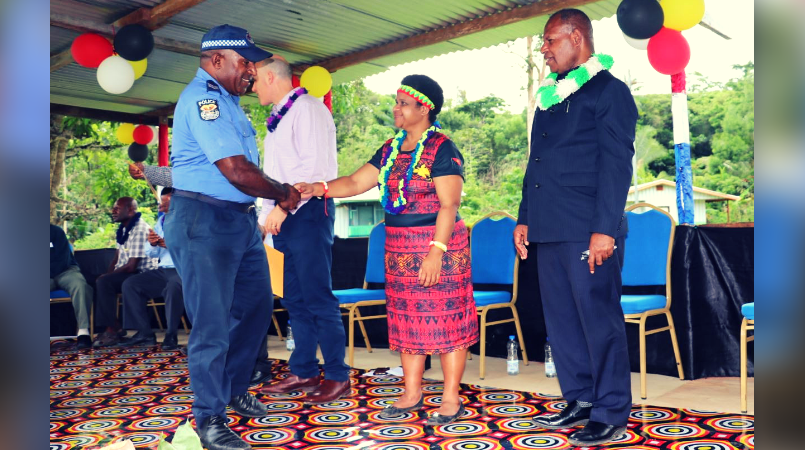 The Government of Papua New Guinea has been commended for rolling out district training for public sector leaders under its commitment to improve districts to drive local development.

Twenty-nine course participants in the Yangoru-Saussia District in East Sepik Province graduated on Friday after two weeks of training in Project Management and Financial Management. The training was facilitated by the PNG Institute of Leadership and Governance.

The newly re-launched institute is a key partner of the Pacific Leadership and Governance Precinct which is a partnership between the governments of Australia and Papua New Guinea designed to support the development of ethical, capable public sector leaders at all levels of the Government, whether in Waigani, in provinces or at the district level.

Secretary for Department of Personnel Management, Taies Sansan, said there is a big challenge for public servants to lift their game.

So far there have been six sub-national trainings under the district rollout, held in Ialibu-Pangia, Kokopo, Madang, Pomio, Telefomin and now in Yangoru-Saussia District.

“We intend on reaching out to all the public servants throughout the country to give them the tools that are necessary to drive service delivery in the districts and provinces,” Sansan said.

“This course is a big achievement in the revitalisation of the institute and it is also an important milestone in the sub national development of our public servants in the district level. It is important that we promote the development of public sector leaders throughout the country,” she continued.

Minister for National Planning and Member for Yangoru-Saussia, Richard Maru, said the district had co-funded the program with K40,000. He reminded all present that districts are where 80 percent of the country’s population live.

Maru said the upcoming Medium Term Development Plan III will show that the focus of Government expenditure is on the districts.

His message to the course participants was to “make it happen on the ground”.

“You need to apply yourselves, perform and deliver results. Create value and add value to your organisations in the districts. You must have the passion and the heart to deliver to the people. There must be a change of attitude, no chewing and smoking and turning up to work late.”

Minister Maru said with the recent NEC Decision to approve the multimillion Chicken, Grain & Cocoa Project in the Yangoru-Saussia District, he looked forward to the support of the graduates. His vision is to see Yangoru-Saussia be a model district in terms of the public service mechanism and service delivery. But there is much to be done.

Participant Marie-Therese Sammy said the trainings were timely management tools they could now apply in their respective organisations. She hoped more similar trainings could be offered in the future in the district.

The Australian Government has assured it will continue to partner the Pacific Institute of Leadership and Governance to roll out short courses in practical subjects which meet the needs of district level public service.

They recognise that it’s the districts who shoulder the great responsibility of working with their communities, delivering vital services and empowering them for economic and social development.