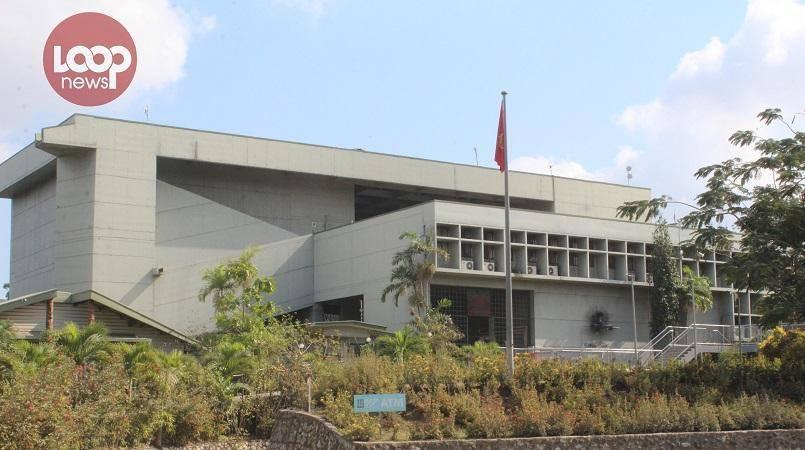 ​Evidence into the trial of the K6 million Maybank robbery of 2013 by G4S guards came to a close today at the Waigani National Court.

Five accused; Paul Steven, Samson Banaso, Hubert Korede, Stewart Korina and Gelison William have been on trial for the past three weeks.

They will return to court on Thursday morning where trial judge, Deputy Chief Justice Sir Gibbs Salika will be addressed by their lawyer and the state on whether there is enough evidence to convict them.

Banaso told the court he was not involved in the armed robbery of October 4, 2013.

“Your honour, the police wrote this, I was not in the robbery,” Banaso said through an English language interpreter in court.

He maintained he was at home at the time the robbery and was forced to sign a statement dated Oct 5, 2013 after he was arrested.

Banaso told the court on sworn evidence from the witness stand that he was beaten up by police while in custody at the Boroko Police station and forced to sign a statement he did not write.

He said he cannot read and was forced in the presence of the other accused persons to sign something he never wrote.

The state alleged that his involvement in the robbery was by driving a vehicle on the morning of 4 Oct, 2013 which blocked off the escort car, giving time for the armoured vehicle to get away with the cash.

On Monday this week, the court discharged two men who were also on trial for the robbery.

Alphonse Samson and Sonix Alowale were discharged of the charge or information of stealing after their lawyer had earlier asked the court to dismiss the case against them through an application, they had no case to answer to, based on the ground that they were standing trial under the wrong charge.

They were charged with stealing when there was evidence they received stolen proceeds of the crime.

Trial judge and Deputy Chief Justice Sir Gibbs Salika allowed the no case submission, dismissing them on the charge of stealing.

He said they should have been on trial for receiving stolen monies and not stealing; adding it was late for the State to amend the indictment or charge against the two after the State closed their case.

Casper Louis of Salamua, Morobe Province last month pleaded guilty to the allegation of stealing. His case will be heard after the trial against the five is completed.

Louis, Steven, William, Korede and Korina were employed by G4S at the time of the alleged offense.