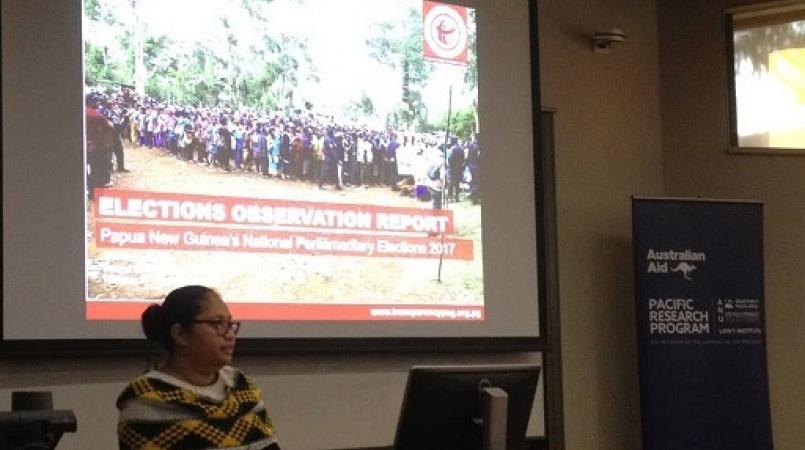 The electoral roll update and verification should be given the highest priority by the government, with the PNG Electoral Commission utilizing telecommunication, the media, and work together with civil societies, provincial and local authorities.

This was one the recommendations by Transparency International PNG’s observation report on the 2017 National General Elections at the state of the pacific conference, held in Canberra Australia.

Executive Director of TIPNG, Arianne Kassman, was part of a panel focused on the 20-17 National General Elections in PNG, together with the Australian National University Observer team.

TIPNG made recommendations in the observation report on the 2017 National General Elections, for a whole-of-society approach to addressing key issues of concern before the next general elections.

• Getting The electoral roll update and verification be given the highest priority by the government.

• There must be ample time given to the plan for Security and prevention of election related violence.

• Enforcement of existing laws by agencies through officials being identifiable by their name and unique identification number which must be displayed on their uniforms during the elections.

• And combating lack of voter awareness through intense awareness campaigns carried out in schools, workplaces and churches.

According to the report, in 37 percent of polling places observed, observers reported that ballots were used by other people without their consent or presence.

In 13.2 percent of those places, many ballot papers were marked by one person or a small group of people and 27 percent of locations reported occurrences of bribery and intimidation of voters.