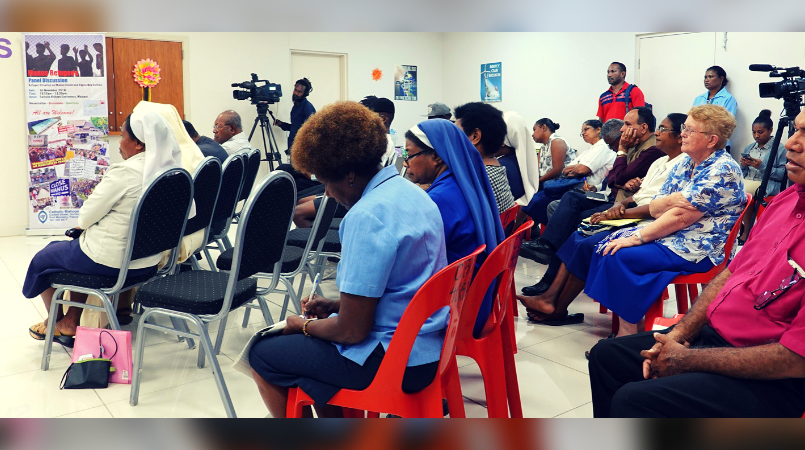 PNG’s economic growth can be boosted using the skills brought ashore by refugees.

A member of the Catholic Professionals Society of PNG believes that just like USA, refugees’ contributions have the potential to grow our market.

Samson Kaipu is a lawyer by profession, an academic at the University of PNG and a member of the Catholic Professionals Society of PNG.

Speaking during a panel discussion at the Catholic Bishops Conference in Port Moresby, Kaipu highlighted that immigration is a strong contributor to economic growth.

“Many countries, including the United States of America, have prospered over the years because of the input of migrants from Europe, who have landed there because they were persecuted in Europe for religious reasons,” he stated. “The Irish because they had suffered terrible potato famine and had to go looking for jobs in USA.

“It is the migrants who have helped to build countries like the United States to where they are today. And so, Papua New Guinea can also benefit from skills that the people, who seek refuge in our midst, bring with them.”

Kaipu said he noticed that a number of refugees and asylum seekers were young men who were forced to abandon their countries for various reasons.

“And while they’re here, Papua New Guinea should draw upon the services of international organisations, like UNHCR (United Nations High Commissioner for Refugees), like IOM (International Organization for Migration), to help these people find settlement, peace, safety and freedom, above all.”

(Participants at the panel discussion yesterday)