Do not receive bribes: Marape 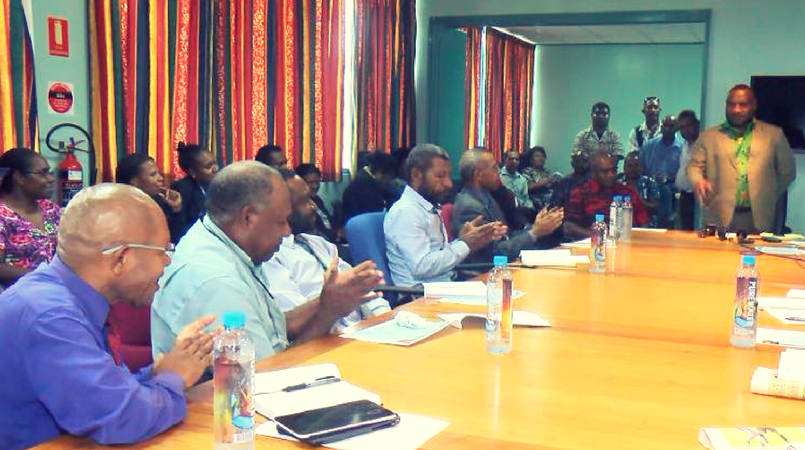 Staff of the Department of Implementation and Rural Development (DIRD) have been advised against accepting bribes when compiling reports on acquittals of provincial and district funds.

Finance Minister James Marape also called on them to not expect handouts when carrying out their duties.

Marape made the statement during a recent visit to the DIRD.

He said with the Government funnelling money right down to the sub-national government, he wanted to see proper acquittals of the funds to avoid mismanagement.

Marape said he will push for the DIRD to be entrenched into a fully-fledged department as well as have financial powers to disburse and manage discretionary funds such as provincial and district support improvement program funds and grants.

“I received word it might be true it might not be, central agency departments including ourselves, sit and we ask favours from members of Parliament, or want or expect them to give us a little bit of lunch money so we push their papers to the next desk,” said Marape.

“This sort of culture must be removed while I’m in charge.

“Of course after you do a job fair and freely and someone wants to say thank you to you, I stand in no way to someone who wants to show their appreciation to you. We live in a Melanesian society where appreciation does take place, but within the scope and limitations.

“Without expectation or return of favour, you must attend to your work diligently, faithfully and on time,” urged Marape.