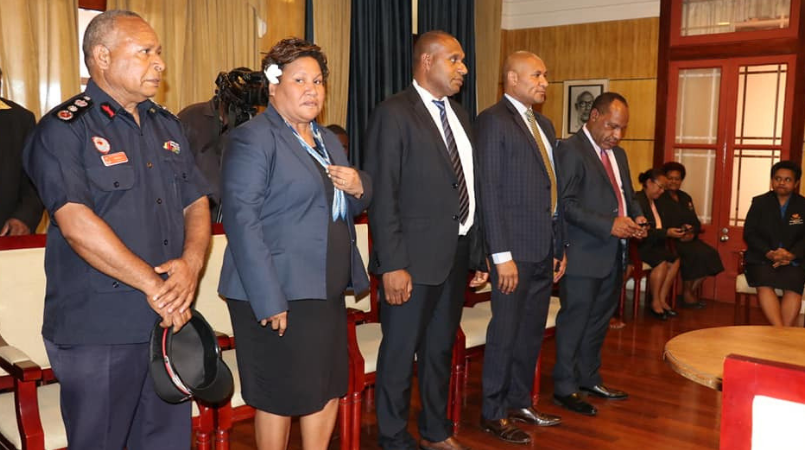 Four heads of departments have signed their four year contracts before Governor General Sir Bob Dadae and Secretary for the Department of Personnel Management, Taies Sansan.

Samuel, who was acting National Planning secretary, was appointed by cabinet after acting in the position for some time.

Ngangan, Vele and Solomon were reappointed by Cabinet to serve second terms.