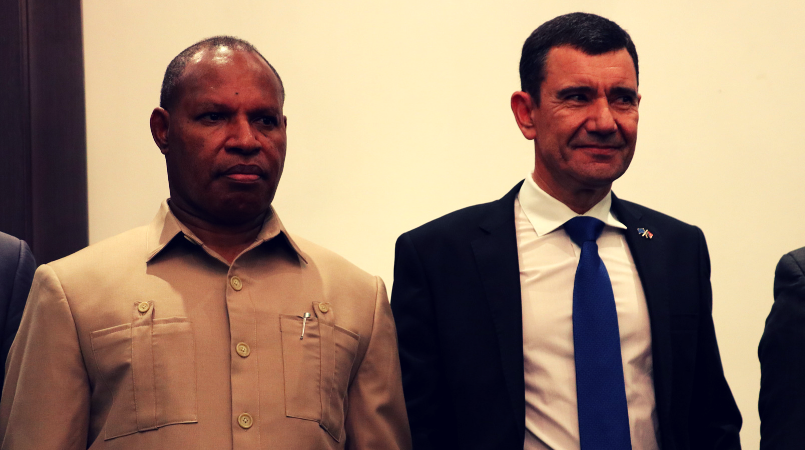 Minister for National Planning, Richard Maru, will be leading a high level delegation to join other Pacific leaders for Post-Cotonou Dialogue with the European Union (EU) in Samoa from February 25-26.

The purpose of the meeting is to engage with the EU on further discussions and dialogue in the lead up to finalising a new Agreement between the EU and African, Caribbean and Pacific Group of States, or ACP Countries.

The Dialogue is convened as part of the process of political consultations between the different ACP regions and the EU on the negotiations for a Post-Cotonou Treaty in line with the processes endorsed to by ACP Group and EU at the launching of the negotiations in November 2018.

The Dialogue will essentially focus on the status of the ACP-EU Negotiations for a Post-Cotonou Treaty and discuss and exchange views on issues of priority and concern to the Pacific region in the negotiations.

The EU will also outline its positions on the key elements of it proposed partnership with the Pacific region under the new Treaty in line with its Negotiating Directives.

Maru will be representing the Prime Minister as Head of State as well as one of the two lead negotiators of the Pacific ACP Group to the EU. He will be assisted by the Ambassador to Belgium and the EC, Joshua Kalinoe, and Lucy Bogari, Permanent Representative to the Pacific Islands Forum, Suva.

Key officials from the departments of Foreign Affairs and Trade, National Planning and Monitoring and Commerce and Industry will be supporting the senior officials in deliberations.

The EU will be represented by the European Commissioner for International Cooperation and Development, Neven Mimica, who is the chief negotiator from EU.

The chief negotiator from the ACP Group and Chairman of ACP Ministerial General Negotiating Group (CNG), Professor Robert Dussey, Minister for Foreign Affairs, Cooperation and African Integration of the Republic of Togo, will also attend the Dialogue.

In the prelude to the Dialogue, Minister Maru, has expressed excitement in meeting Commissioner Mimica in the region and indicated for a stronger push for greater recognition of the Pacific’s cross cutting agendas in relation to Oceans Economy as a major factor, climate change and increasing trade liberalization as a bigger frontier for the Pacific.

With the successful experiences of the interim Economic Partnership Agreement, the Minister has a positive outlook to pushing this arrangement further in the new Agreement.