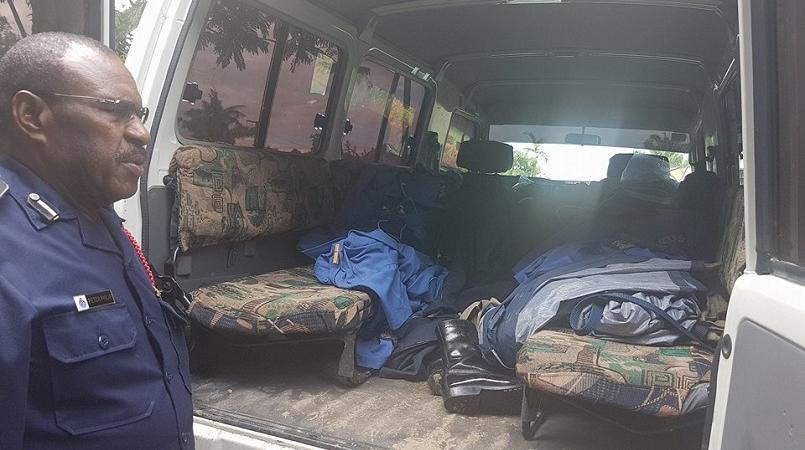 ​37 police pass outs were detained last night at the Bomana police college after they were caught engaging in drunken initiation-like behavior.

The drunk pass-outs who are from the previous batch of recruits, reportedly harassed some of the new recruits, forcing them to strip naked and do knuckle pushups in the pouring rain.

College Commandant, Peter Philip, says that the incident came to light, after a family of one of the new recruits, were reportedly sworn at by some of the drunk pass-outs, while they were leaving the college after dropping off their son in the afternoon.

The Commandant says that the matter was escalated to him by a senior NCD police officer, which prompted him to carry out a night check with his staff, who uncovered the inhuman treatment.

The Commandant has since removed all police uniforms and equipment from the pass-outs who are expected to be served with their suspension notices this afternoon.

(Pictured of College Commandant, Peter Philip and the removed uniforms from the detained pass-outs)