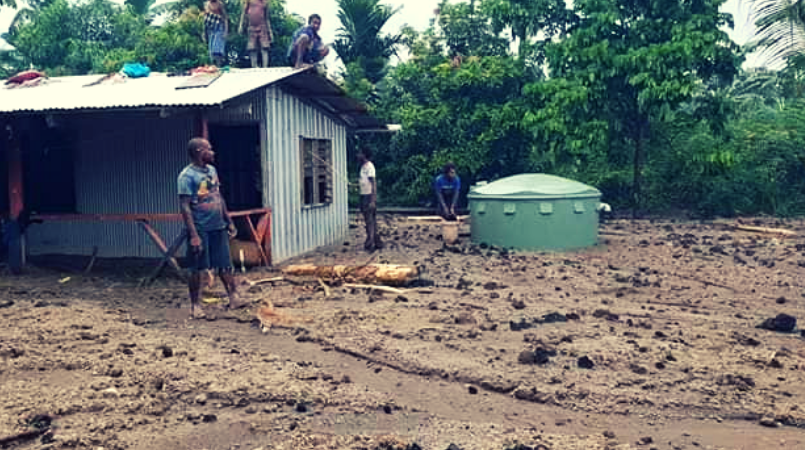 The downpour, which started on Sunday, is causing widespread flooding and as a result, the East New Britain Provincial Education Board suspended classes effective today, Wednesday 20th February, until Friday, 22 February.

Chairman of the Provincial Education Board, Wilson Matava, issued the notice to all schools in ENB – from elementary to secondary, technical and vocational schools.

He said heavy rain is posing a threat to the safety of students. Classes will resume on Monday 25 February.

Gazelle MP Jelta Wong is calling people living in his electorate living near flood plains to protect their properties and to be on alert.

He has also been advised of reports from the National Weather Bureau that the current heavy rains and windy period is expected to continue for the whole week.

Wong urged everyone in the province to stand together and assist families affected by the rains, while the Provincial Disaster team arranges disaster relief funds.

So far the flood has displaced 70 families at Malaguna No.3. A person has drowned at the Mevlo River while two vehicles sank.

One woman is reported to be missing at Bago after a landslide while many roads are impassable.

The Kerevat Correctional Services facility is also being threatened by flooding of the nearby Kerevat River.

Meanwhile, the heavy flooding and damage caused to the Warangoi Hydropower Station has forced PNG Power to shut down the generation plant on Monday.

The hydropower station will be offline for an indefinite period and will be restored once urgent works are completed at the Intake & tailrace.

The Gazelle System is now currently stable with diesel units catering for the system load however, load shedding of feeders is imminent, should PNG Power face unexpected power issues or in an event the load on the system exceeds generation availability.