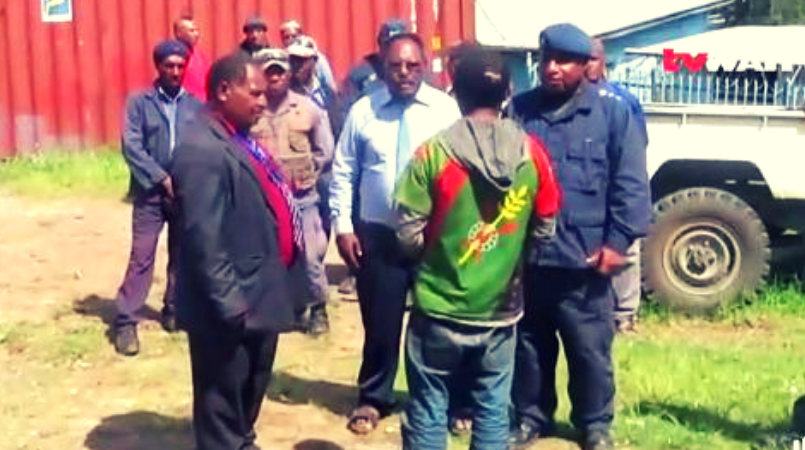 Relatives of a murder suspect in Enga handed over their clansman to police at the Wabag Police Station recently, preventing any further escalation of violence and retaliation from relatives of the deceased.

Enga Provincial Police Commander, Chief Superintendent Joseph Tondop, welcomed the actions of the community in handing over the suspect involved in the killing of a senior primary school teacher, the late Ben Aipo.

The 23-year-old suspect and victim were both from the Malowan Tribe in Laiagam.

Both had been drinking on Mapumanda village on New Year’s Eve when the suspect slashed the deceased with a bush knife following an alleged argument over beer.

The deceased was rushed to the Wabag General Hospital but unfortunately, died due to loss of blood.

Relatives of the suspect brought him to the Wabag Police station on 12 February, in an attempt to prevent any further escalation of violence and retaliation from relatives of the deceased.

He said only the court will determine if one is innocent or guilty, maintaining his stance of no compensation for killing. All suspects must face the full force of the law.

He added he is focused on stopping tribal fights within 2019 and will not tolerate payback killing.