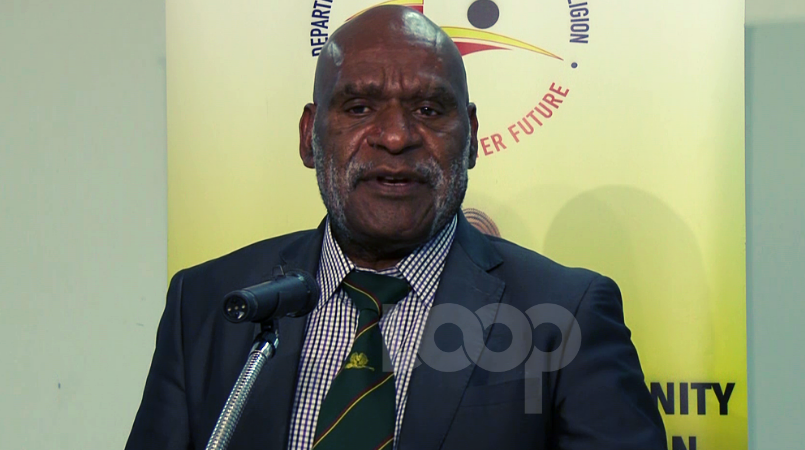 The existing statutory Office of Civil Registry – with its public servants within the Department for Community Development and Religion – will resume office duties soon.

Minister for Youth, Religion and Community Development, Wake Goi, told the media that registration will not be done for 14 days except for emergencies.

In explaining who the Registry General reports to, Minister Goi said he did not receive any reports from the Civil Registry Office since last year.

“Now the officer is returned to my department, I want to fully take charge and ready to work as a Minister responsible and won’t tolerate any disturbances.”

He said the registrar general position will be advertised in three months.

In acknowledging the Minister for the appointment, Kiragi said he was happy to resurrect Civil Registry within the three months.

“We need to revive the four-day turnaround time, meaning that if you register now we must ensure that we deliver your legal documents in four days.

“That has been proven because we have tested it. It’s just a matter of us going through audit system to prove that we have the capacity.”

Kiragi said he is ready to share his experience and impart the institutional knowledge and expertise with any young citizen of PNG.

Department Secretary, Anna Bais, clarified that Civil Registry Office is a division under the department but the Minister uses the power administratively within the department to make this appointment, not NEC decision.

“The Office needs to be recognised as a stand-alone and needs to have its own payroll, not run by casuals and we look forward to directives from DPM where the minister has already written a letter to start the process.”

She said Civil Registry is a big component to be decentralised at the district level under the established District Community Development Centre (DCDC) beginning with Imbonggu in SHP.