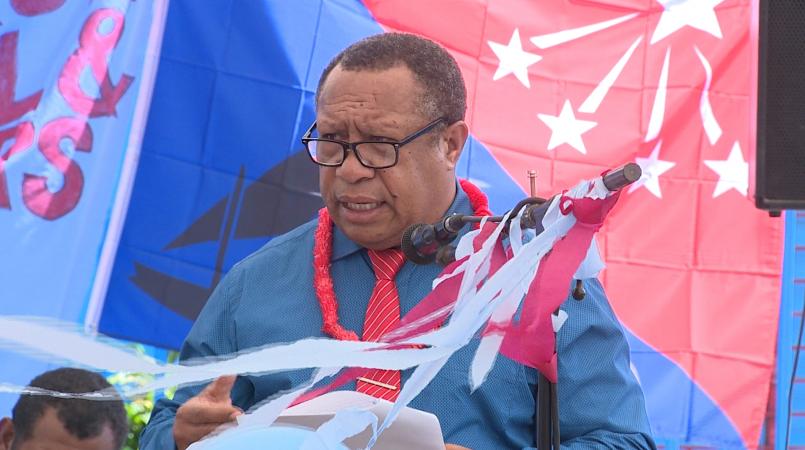 He took the opportunity to talk about his government’s objectives during the recent launch of the ALESCO payroll system for the Central Province Education at the provincial headquarters in Konedobu on Friday 26th June, 2020.

Since he took office in August 2017, Governor Agarobe has put together interventions to use limited resources to embrace and complement shift in national education policies. He says this is to achieve optimum impact.

Thus in the recently passed 2020 budget, massive funding was allocated towards improvement of roads and airstrip infrastructure in all of the districts, to enable easy access to services and opportunities for the rural population, including over 2000 teachers in Central Province.

“My government believes that education is a key to growth and prosperity in the province and the country as a whole. Therefore my government will continue to extend support through governor’s school fee support program to assist these parents that may struggle in trying to meet their 36.6 percent component of school fees for students attending secondary schools, TVET and FODE institutions,” Agarobe said.

He said at the tertiary level, the Central Provincial Government will continue to support community based workers like teachers, health workers and church workers, as they are at the fore front in serving the people in the rural communities.

Agarobe said, “Honorable Minister, the occasion we are about to witness or are witnessing now is an investment in our teachers who are in the forefront of creating a pool of education and skilled population as our human capital for the future.”

Governor Agarobe and others also expressed sentiments about Central people being the first to excel in education in the formation years of the country, but which has drastically dropped in recent years. Thus Agarobe said it is his intention to bring back Central Province to its former status.