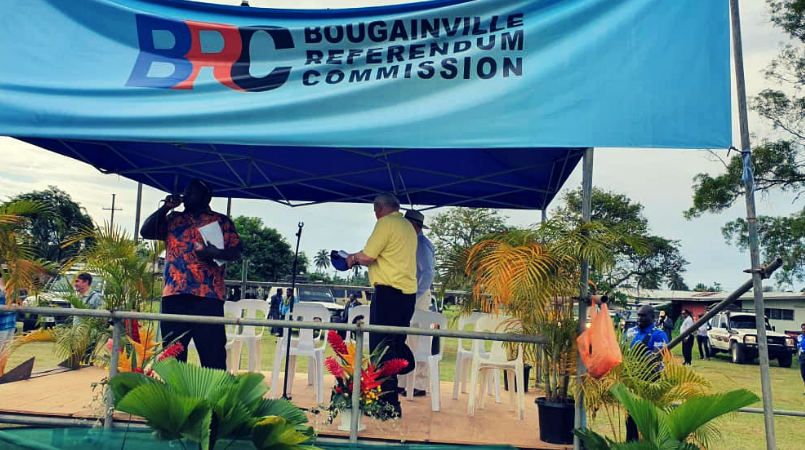 The Bougainville Referendum Commission is happy with the progress of referendum roll-out exercise in Bougainville as well as other centres of PNG.

He admitted that few logistical issues will be ironed out and BRC is committed in making sure they deliver a successful referendum.

The referendum roll-out exercise must be completed before the issue of writs on August 12.

Dr Webster said given the circumstances and other challenges, the BRC is happy with the overall outcome of the roll update.

He said the only challenge the Commission is embarking on was the enrolment aspect of the referendum roll as well as cross-checking the people who are already on the provincial roll.

“There’s quite a lot of work in between the remaining four weeks before the issue of writs.”

Therefore Dr Webster also confirmed that the Commission has asked the Government for an extension of the roll-out exercise.

“We just want to make sure that we do things correctly so that the referendum roll is done properly and accurately so all eligible Bougainvilleans are able to vote.

“So we want the confidence of the roll which is a critical thing in the referendum and we want to do it well.”

Dr Webster reiterated that if given the extension, the referendum will still go ahead before the end of this year.

The referendum date is set for October 12 but might change depending on the outcome of the Joint Supervisory Board meeting that will look into the matter in regards to the extension.

(BRC chairman Bertie Ahern at the roadshow in Bougainville this week)