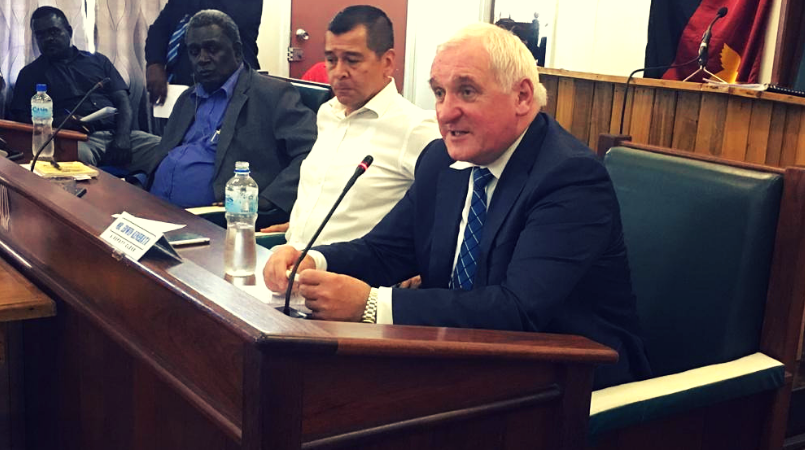 The Chair of the Bougainville Referendum Commission, Bertie Ahern, will receive the Referendum Writ from the Governor-General of Papua New Guinea this Friday (September 27th).

The Writ marks the end of enrolment and formalises the dates for polling (23 November to 7 December). It is to be returned to the Governor-General by 20 December with the results.

On Wednesday, Ahern travelled with all Commissioners to Buka to brief the Bougainville House of Representatives before the official referendum process commences.

“It’s a great honour and a great accomplishment of Bougainville and both governments to reach this step, the eve of the Bougainville referendum,” Ahern said.

“I thank the 202,000-odd people of Bougainville who have got themselves enrolled. I thank the Ward Recorders and those officials who have tirelessly worked to prepare the roll.

“We are ready to accept the Writ, and we are ready, through the efforts of many, to conduct the Bougainville referendum to an international standard of free and fair.

“The referendum should be celebrated. It should be a joyous occasion where every man and every woman can make a choice that expresses their individual democratic right to decide on the question of greater autonomy or independence for a future Bougainville.”

On Monday 30 September, all Commissioners and representatives of the two governments will return to a public event in Arawa, Bougainville, to formally present the Writ to the Chief Referendum Officer, who will pass it to the Referendum Returning Officer, John Sisiesi.

Over the coming weeks the BRC will be recruiting and training thousands of temporary polling and counting officials and finalising applications for observers, scrutineers and media.

“The next steps are about the credibility and quality of the process,” Ahern said. “Are our officials ready to make polling and counting professional, transparent and impartial? Do people understand the process and are they informed of the choices before them. That is our large task, and it is, as it always has been, a team effort.”

The BRC will return the Writ to the Governor-General on or before 20 December with the following information:

• Number of votes for greater autonomy

• Number of votes for independence

“We will not be declaring a winner or a loser. There is no voter threshold to reach,” Ahern said.

“The process will then begin of the two governments consulting on the result, with a final decision to be made by the National Parliament.”