All SABL licenses must be surrendered: Govt 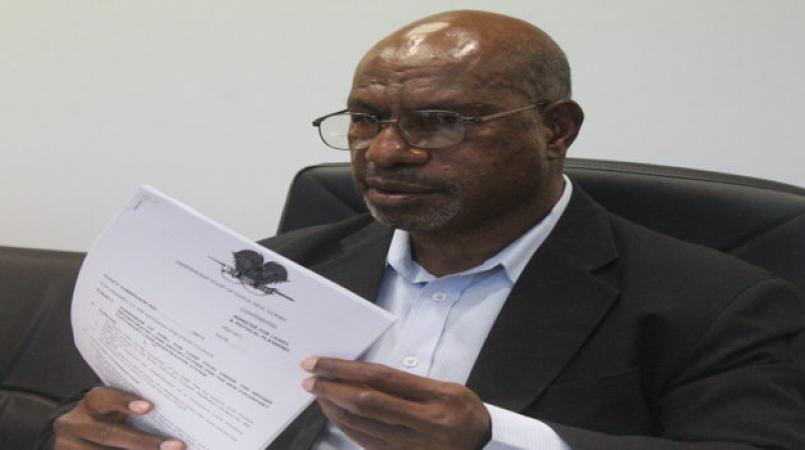 The Government has revoked all Special Agriculture Business Leases (SABLs) and has called for the surrender of these licenses.

This was announced in Parliament on Thursday by Minister for Lands and Physical Planning, Benny Allen.

The Minister announced this when he delivering a Ministerial Statement on the status of SABLs.

“I am pleased to announce that the Government has revoked and called for the surrender of all SABL titles and in set in place a process to convert all these titles and present them to customary landowners under the revised Incorporated Land Groups System and the new Voluntary Customary Land Registration System.

“This is a most positive, productive and pro-active approach to people and Government partnership in development,” he said.

Allen said a National Executive Council (NEC) decision (No. 187/2014) decided that 25 SABLs be revoked outright and no more leases issued.

He said since then no new leases have been issued.

He also said SABL’s have to be surrendered to the State in favor of Land Titles to be issued to customary landowners.

“And the state should review  the SABL Commission of Enquiry’s recommendations to revoke all the existing SABL’s, thus deal with them case by case through Mediation and Alternative Dispute Resolution (ADR) with the leadership of the National Court and the Judges, and or Mediators appointed by the Courts. This is because the indefeasibility of Land Titles must be respected at all times other wise chaos will reign over land throughout the country.”