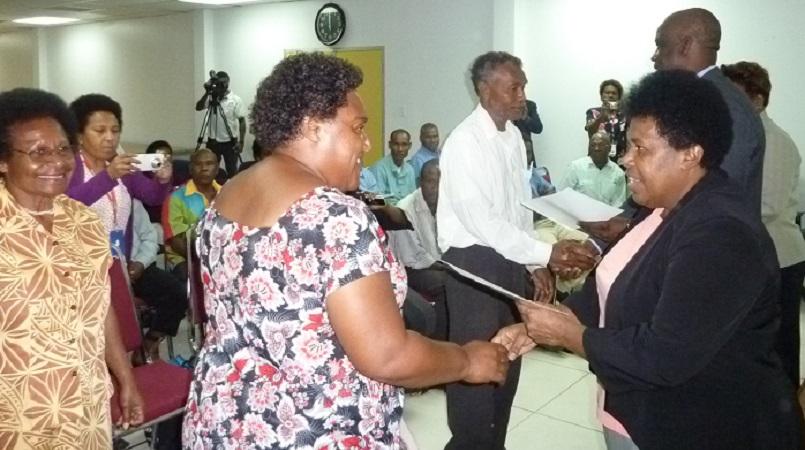 The new Child Protection Policy can now be fully implemented with the training of child protection officers which saw them graduate with certificates today in Port Moresby.

The 38 protection officers graduated with certificates following the recent one week training based on the policy and how it should be implemented.

The National Child Protection Policy 2017-2027 specifically aims to see child protection system coordination and leadership at all levels of government is improved.

The protection officers that graduated came from the National Capital District, Central Province and Motu Koita.

The event was witnessed by Head of UNICEF Olushola Ismail, Minister for Community Development Youth and Religion Delilah Gore,  Secretary Anna Solomon and other supporting partners.

Solomon said this marked an important milestone for the children of PNG as the protection officers now have the power of law enforcers to protect children in both the urban to rural communities.

The graduation signifies the important role that the Department for Community Development, Youth and Religion is undertaking together with all its stakeholders to have child protection officers in place.

The protection officer’s role is to safe guard and assists in dealing with children and adults or parents of all ages across the country.

Gore thanked the partners for their support including UNICEF, World Vision, Child Fund and Save the Children.

She called on all stakeholders from the national level down to the provincial, district and local levels to support protection officers in carrying out their work in implementing the policy to protect children.