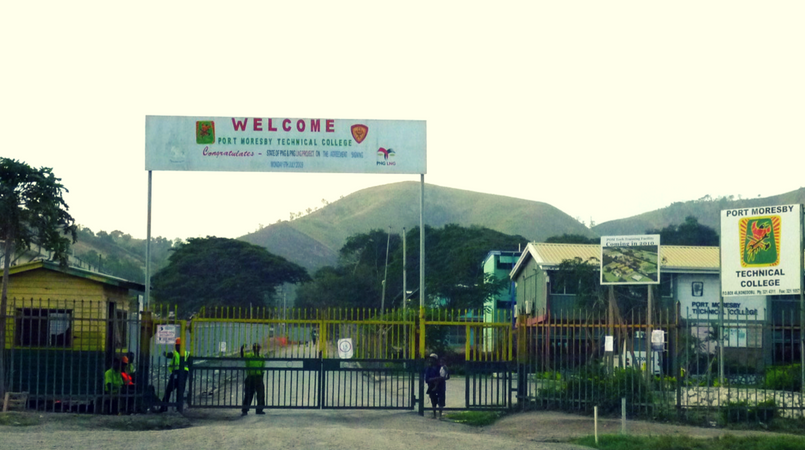 The Education Secretary, Dr Uke Kombra, has strongly condemned the burning down of a Port Moresby Technical College male dormitory on May 23, which has affected more than 150 male students.

The 70 male students who were in class when the dormitory burnt down lost all their personal belongings. The fire, which was aided by strong winds, engulfed the building, leaving the students with no chance to rescue their belongings as it burnt down very quickly.

The extreme heat had also affected the nearby dormitory housing 80 other male students, which is now uninhabitable. Students from both dormitories are now accommodated temporarily at the Yumi Yet properties at Gerehu, which is costing the College K70,000.

The Secretary said according to reports from the College, arson cannot be ruled out because the building was recently renovated. The fire service and the police are investigating the incident to establish the cause of the fire.

“If the investigations point towards arson then the responsible students must be disciplined according to the governing laws of the college and must also face the full force of the law,” Dr Kombra said.

Dr Kombra has joined the acting Principal of the College, Mr Henry Wamaingu, to appeal to individuals and business houses to assist the students to donate in cash and kind, as they have lost everything in the fire except the clothes they were wearing on that day.

The Secretary has also thanked the school administration for moving in swiftly to address the situation.