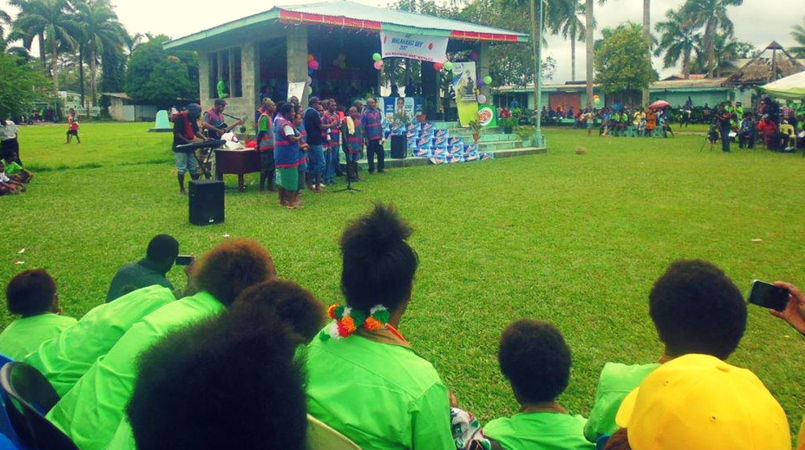 Panamex with CIS Buimo have started an awareness on school fights, drug and homebrew consumption in selected secondary schools in Lae.

The program started on the first week of August and will end in September 2017.

In a statement, the firm said: “We hope to cover other secondary schools (Busu, Lae Sec, Bugandi and Markham Valley) next week onwards.

“Prisoners have given testimonies on what the negative impact of crime and other bad habits will have on their lives.

“Dramas and songs were sang to highlight their life behind bars and they wanted the students to know the consequence they will face if they follow that pathway.

“We are hoping to pass the message to 5000-plus students during the 2 months’ awareness program.”

They have also invited Lae City Dwellers to be part of the program because most of their players are school drop outs and unemployed. However, through football and the motto ‘Christ our Lord’, they have achieved many good things while playing semi-professional football in the country.

Senior players like Raymond Gunemba, Nigel Dabinyaba and Emanuel Simon have been very vocal on those bad habits which students have involved themselves in.

The Lae member thanked Malahang tech for a good clean record of no school fights and has promised to erect a double-storey classroom for the school, with a new fence as well.

A total stock value of K1,500 was issued to Malahang Technical School in show bags.