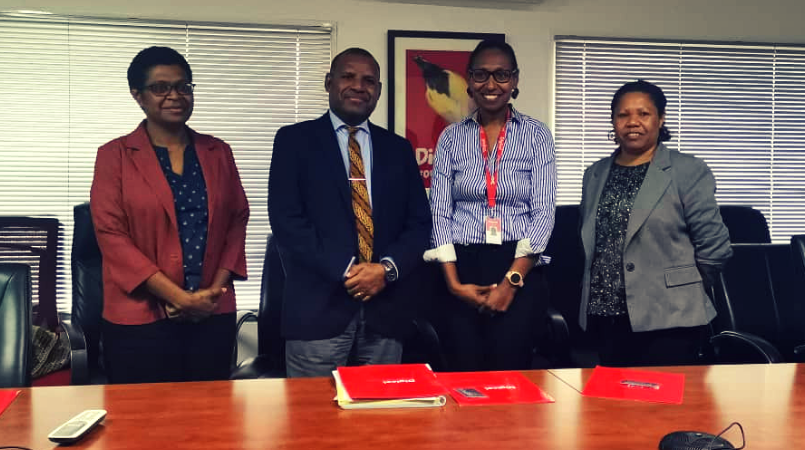 Digicel PNG Ltd has been contributing to the reduction of violence through the Men of Honour Campaign, which is its innovative campaign to address violence in PNG.

It recognises ordinary men who are doing extraordinary things to alleviate suffering in their communities.

Each year six awards are given during the Men of Honour Awards Dinner Night.

Three vibrant leaders have joined the dynamic six-member independent panel of judges to select finalists for Season 5 of the Men of Honour Awards.

These three new judges are:

The three new judges will be joining head judge Dr. Eric Kwa for Community Leadership Award Category, Desmond Yaninen, CEO of the National Development Bank, who will be judging the Community Entrepreneur Category and Arianne Kassman, Executive Director of Transparency International PNG, who will be the judge of the Young Men of Honour Category.

Digicel Foundation CEO, Serena Sasingian, said this season’s panel of judges represent high calibre of leaders who are phenomenal in the areas they are involved in.

“I am sure our new judges will add so much value to the Men of Honour Campaign just as our existing and previous judges have done so. So I take this time to thank this distinguished panel of judges for agreeing to take time out of your busy schedules to a be part of Season 5 Men of Honour Awards judging panel,” Sasingian said.

Sharing his experience, Dr. Kwa expressed how the MOH journey has given him the opportunity to view life in PNG through the eyes of rural and remote community based constituents. He said this has added value to the work he does for the Government.

Over 277 nominations were lodged in this season’s nomination cycle with nominations received from all 22 provinces.

Judges are now in the process of screening all nominations to shortlist three finalists for each of the seven respective categories. Following the selection process, judges will then travel to the finalists’ communities to carry out interviews.