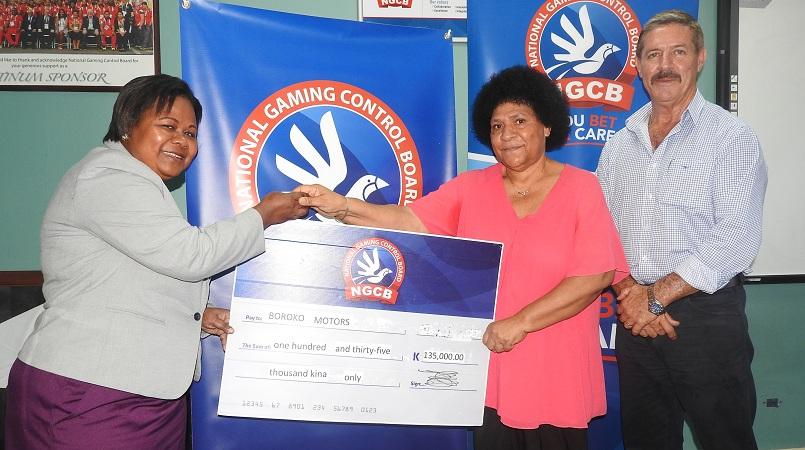 Stoma patients in Papua New Guinea deserve to be treated equally. They need love, care and support to live a normal life.

They are people who have underwent surgery for colon cancer or other medical reasons and who are now living with a plastic bag attached to their abdomen to collect faeces or urine.

They are people coping with invisible disability.

Stoma patients or ostomates go through physiological, psychological and spiritual trauma on a daily basis in silence, unknown to the general public.

The PNG Stoma Association (PNGSA) is a non-profit organisation formed in 2011 purposely to attend to the needs of this silent group of people.

The Association was formed by Janet Yaki who is also a stoma patient. She digs deep into her pocket to attend to the needs of more than 260 stoma patients.

The National Gaming Control Board (NGCB) realised the need to support the Association to continue rendering its services in meeting the needs of the patients.

The Board under the Community Benefit Fund ‘Give Back Program’ bought a 12-seater bus valued at K135,000 and donated to the Association.

While presenting the cheque, NGCB CEO, Imelda Agon said, it’s only fitting when we give back what we have generated from the gaming revenue to support the work of individuals and community to enrich their livelihoods.

“This is our second time to help PNG Stoma Association with funding assistance under our ‘Give Back Program’. We have pumped millions of kina back into the communities assisting different sectors with the aim to improve livelihoods in the community,” Agon said.

President of the Association, Yaki, while receiving the cheque, applauded NGCB for the continued support to the association.

“The gift of a new bus is timely as the only transport we have is obsolete and not operational for the last one year,” Yaki said.

She added that stigma is the biggest fear for all ostomates hence it makes it difficult for them to use public transport to move around and get counselling services and training on the proper application of ostomy products and other free services that PNGSA provides.

Yaki said the bus will be used as a mobile clinic moving from one place to another attending to ostomates.

(NGCB CEO Imelda Agon presenting  a dummy cheque of K135,000 for a new bus to Janet Yaki and  PNGSA Board member Greg Neville)