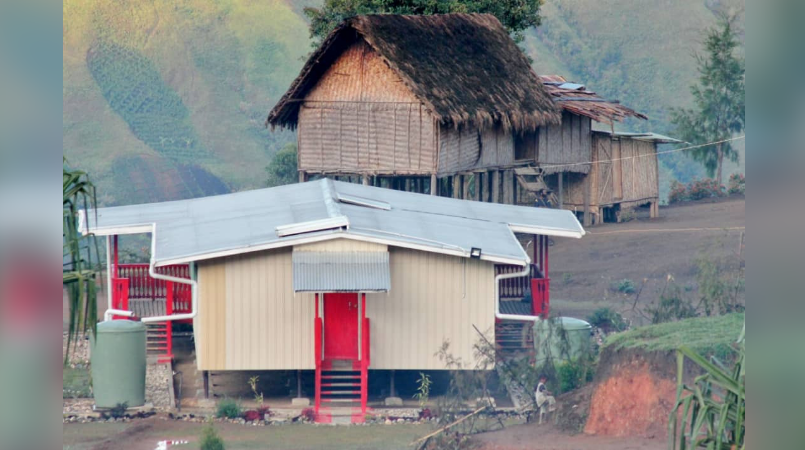 About 5,000 people gathered at the remote village of Ainonk, in Madang Province’s Simbai, to witness the opening of a first-ever health centre.

Access is only by plane from Mt. Hagen and sometimes Madang. Project coordinator of the Anglican health centre, Morrison Wiam, said the new Kaironk Valley Health Centre is the first of such medical service in the area since 1975 and will serve over 12,000 people in that rugged part of Madang Province who are in dire need of basic health care services.

“We are expecting patients to come from both Kobun and Simbai LLGs of the Middle Ramu District of Madang Province, including Jiwaka,” added Wiam.

Bishop Nathan Ingen, the Diocesan Bishop of the Aipo Rongo Anglican Diocese of PNG, who administered both the MOMASE and Highlands Regions and is also a local from Ainonk, urged the locals of Kaironk Valley to take care of the new health centre since it is very hard to build such a beautiful and large building in a very remote community of PNG.

Although the invited guests from the Madang Provincial Health and Governor’s Office could not make it to the event, Johnson Gingep, the newly-elected President of Simbai LLG, cut the ribbon on their behalf with Bishop Nathan and the Officer-in-Charge of Simbai Health Centre.

Among the thousands who witnessed this grand occasion was also the “Travel 2 Change” team from Kumura Foundation Inc of Bundi. The team, in partnership with Marie Stopes PNG Madang and Kundiawa-Gembogl District Health Services of Simbu, treated 345 patients, referred six patients to Kundiawa General Hospital, and conducted several health awareness on hygiene, family planning and other areas in partnership with Wiam and the Anglican Church.

“Indeed, a new era has dawned for the remote people of Simbai,” said the Kumura Foundation Inc director, Vincent Kumura.