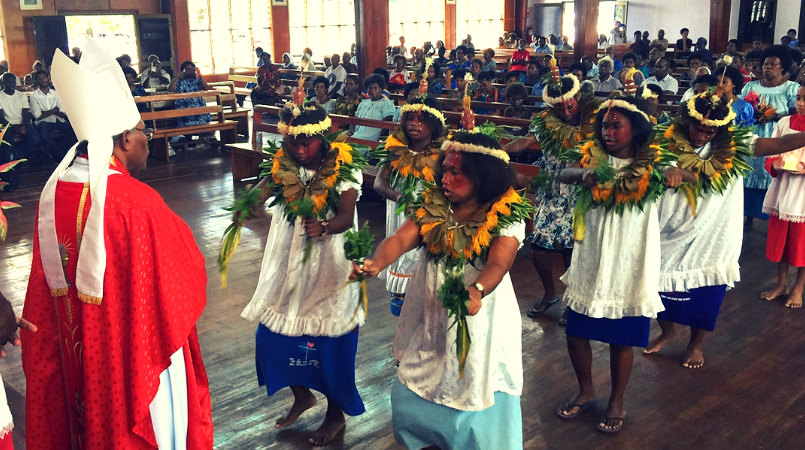 The Bishop of Kavieng – Lorengau and President of the Bishops Conference of Papua New Guinea and Solomon Islands is a grand nephew of Blessed Peter ToRot.

He spoke at length about the life and martyrdom of Blessed Peter ToRot from which he drew lessons for the work of catechists, the Sacrament of Marriage and family life, relationship of our faith and culture.

Blessed Peter ToRot, a catechist in Rakunai Village in the Gazelle Peninsula of East New Britain Province, was killed by the Japanese in 1945 toward the end of the second World War.

“He was killed for refusing to cease carrying out his duty as a catechist in leading his people in praying, instructing the children in the faith, witnessing and blessing marriages and above all defying the order of the Japanese allowing polygamy by defending the sanctity of marriage,” said the CBC.

“He was officially declared by Pope St John Paul II a Martyr for the faith during the Beatification Ceremony at Sir John Guise Stadium, Port Moresby on 17 January 1995.”