US Marines feared dead off Queensland 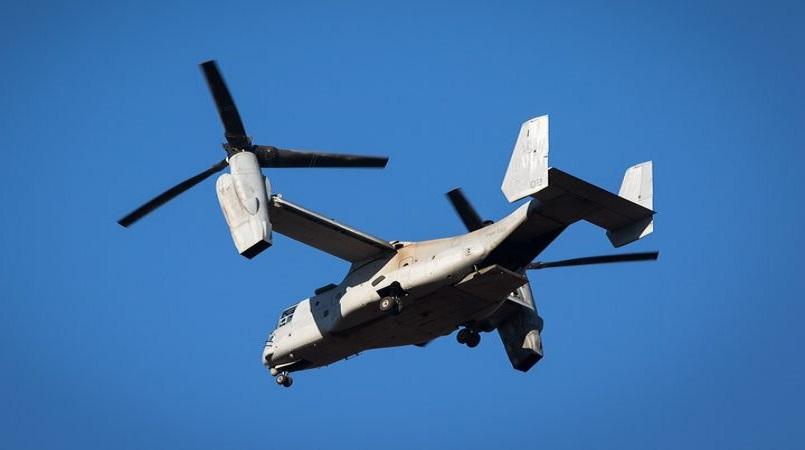 Three crew members are still missing after a United States Marine Corps aircraft was involved in a "mishap" off Queensland's coast.

Twenty-three of the MV-22 Osprey's crew were rescued in a search and rescue operation after the aircraft "entered the water" about 4pm during "regularly scheduled operations" on Saturday, according to the III Marine Expeditionary Force.

The tilt-rotor aircraft had been in Queensland as part of the Talisman Sabre joint training exercise between Australian and United States military forces, which ended on July 25.

The exercises were taking place in Shoalwater Bay training area near Rockhampton in Central Queensland.

Defence Minister Marise Payne said no Australian Defence Force personnel were on board the aircraft.

"The United States are leading the search and recovery effort," she wrote in a statement.

"I have briefed Prime Minister Turnbull and spoken with Secretary [of Defence James] Mattis this evening to offer Australia's support in anyway that can be of assistance.

"Our thoughts are with the crew and families affected."

MV-22 aircraft, known as Ospreys, have a somewhat chequered history, with a number of the helicopter-plane hybrids going down recently.

In December, five crewmembers of an Osprey had to be rescued after their craft conducted a shallow-water landing off Okinawa after a training mishap in which a rotor blade cut a refuelling hose, according to the Marine Expeditionary Force.

During a US counter-terrorism operation in Yemen, two soldiers were reportedly injured when a USMC MV-22 experienced a "hard landing" after being called in to evacuate injured troops.