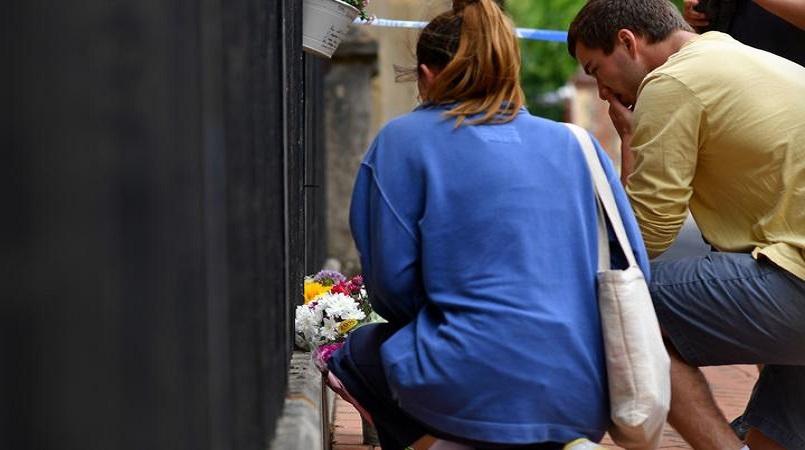 The man held on suspicion of killing three people at a park in Reading was known to MI5, security sources say.

Khairi Saadallah, 25, from the town, was arrested at the scene yesterday and police say they are not looking for anyone else over the terror incident.

Sources told the BBC he is originally from Libya and came to the attention of MI5 in 2019.

One victim has been named as teacher James Furlong - described by his school as "talented and inspirational".

Paying tribute to Furlong, head of history, government and politics at the Holt School in Wokingham, the school's co-heads said he was a "kind and gentle man" with a "real sense of duty".

Prime Minister Boris Johnson said he was "appalled and sickened" by the attack in Forbury Gardens on Saturday evening [UK time].

Security sources said the suspect came to the attention of the security services after they received information he had aspirations to travel abroad - potentially for terrorism, according to the BBC's home affairs correspondent Dominic Casciani.

When the information was further investigated, as the first stage of looking into a potential lead, no genuine threat or immediate risk was identified.

No case file was opened which would have made him a target for further investigation.

In a statement, Anne Kennedy and Katie Pearce - co-head teachers of the secondary school for girls - said Furlong "truly inspired everyone he taught through his passion for his subject and his dedication".

"He was determined that our students would develop a critical awareness of global issues and in doing so, become active citizens and have a voice," they said.

Johnson has promised action following the incident "if there are lessons that we need to learn".

Metropolitan Police Assistant Commissioner Neil Basu, head of counter-terrorism policing, described it as an "atrocity" and said his "deepest sympathies go to the families who will be mourning loved ones after this horrific act".

Mr Basu said investigators are not looking for anyone else in connection with the attack.