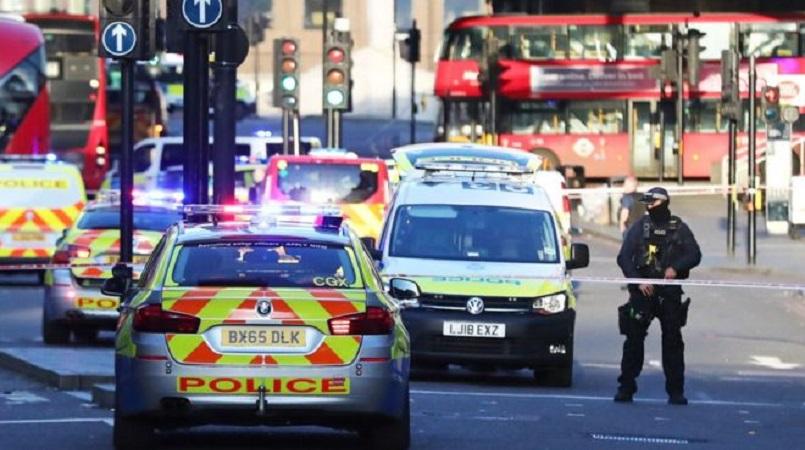 Police had earlier said it was called to a stabbing at a “premises” near London Bridge at around 2 p.m. local time. It ended with passersby tackling the fleeing suspect before he was shot dead by officers.

More footage showed a different man walking away with a large knife he reportedly wrestled from the attacker.

Metropolitan Assistant Commissioner Neil Basu, who acts as the U.K.’s top counter-terrorism officer, subsequently told reporters that the man had died at the scene. Basu added that police believe the dead suspect had a “hoax device” strapped to his body.