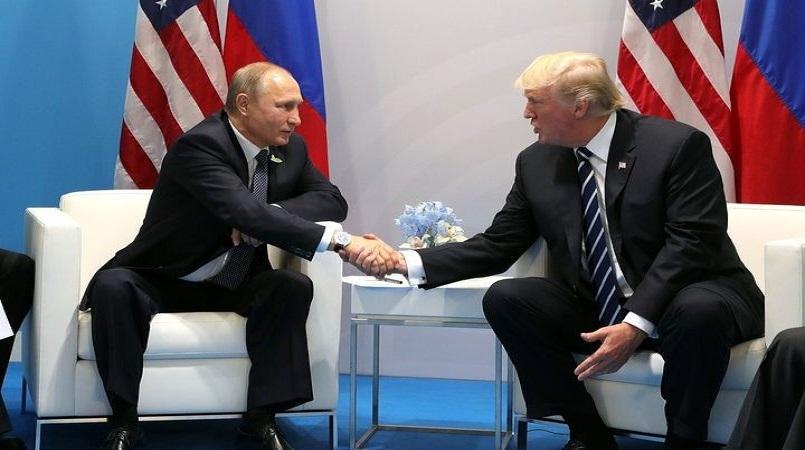 US President Donald Trump says it is time to work "constructively" with Russia after his meeting with Russian counterpart Vladimir Putin.

He tweeted that Mr Putin "vehemently denied" interfering in the US election at their first face-to-face encounter at the G20 on Friday.

But Mr Trump's position contrasts with some of his own senior officials.

And he is facing criticism from within his party after revealing a proposal to partner with Russia on online security.

He tweeted that he and Mr Putin had discussed forming "an impenetrable Cyber Security unit so that election hacking and many other negative things will be guarded and safe", prompting derision on social media and from the Republican Party.

Senator Marco Rubio suggested that such an initiative would be like partnering with Syrian President Bashar al-Assad on chemical weapons.

She told CNN that talking to Russia should never mean that the US "take our eyes off the ball".

And US Secretary of State Rex Tillerson said interference in the 2016 election remained an impediment to better relations with Russia.

A special prosecutor is investigating whether Trump associates colluded with alleged Russian efforts to influence last November's US election.

At the meeting at the G20 in Hamburg, both sides confirmed that the presidents had discussed Russia's alleged meddling, but at the time seemed unable to agree on the exact outcome.

Mr Tillerson, meanwhile, said the two men held a "robust" discussion on the issue, and that Mr Trump had pressed the Russian leader on several occasions - but that an "intractable disagreement" might remain.

Photo: AFP Russia's President Vladimir Putin and US President Donald Trump shake hands during a bilateral meeting on the sidelines of the G20 summit.