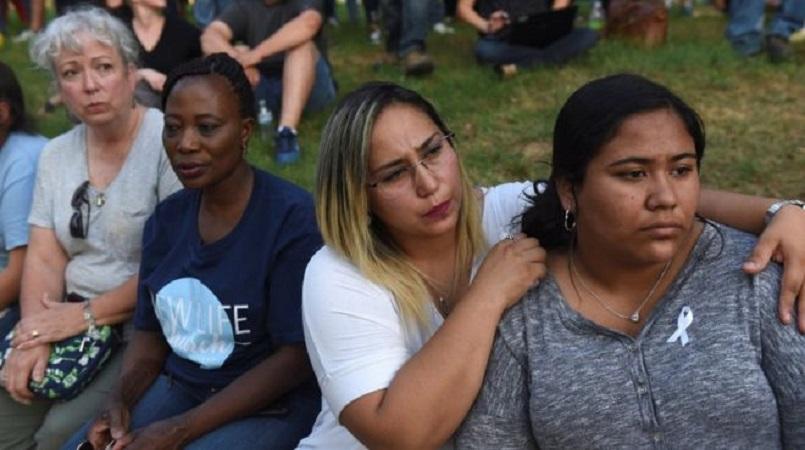 The suspected gunman in Saturday's mass shooting in Texas had been fired that morning, and called police and the FBI before his attack, US media report.

Odessa Police Chief Michael Gerke reportedly said both the shooter and his company rang 911 after he was fired but he left before police arrived.

"This did not happen because he was fired," said Mr Combs. "He showed up to work enraged."

Seven people were killed and at least 22 injured in the attack, which came four weeks after another gunman killed 22 people in the Texas city of El Paso.

There is as yet not thought to be any link to domestic or international terrorism.

Police pulled over the gunman's vehicle shortly after 15:00 local time (20:00 GMT) between the cities of Midland and Odessa after the car did not indicate a left turn.