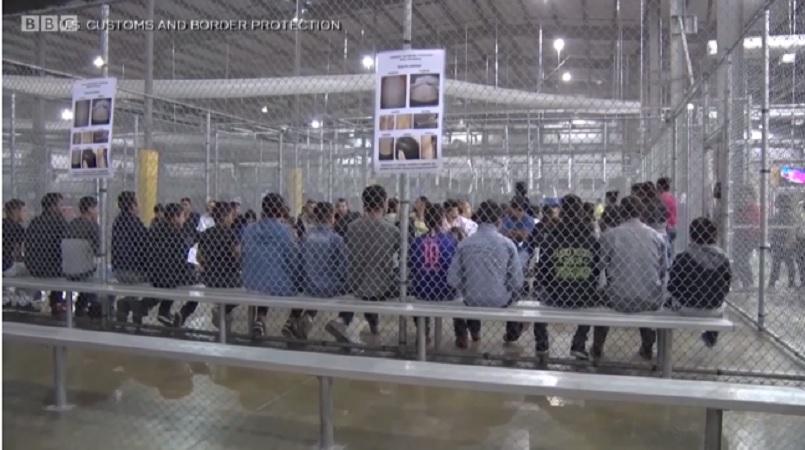 Seventeen US states have sued the Trump administration over its "cruel and unlawful" break-up of migrant families.

The legal action objects to the policy of refusing entry to asylum seekers at the US-Mexico border.

Meanwhile, Vice-President Mike Pence has warned undocumented immigrants not to "risk the lives of your children" by trying to enter the US illegally.

At a news conference in Brazil, Mr Pence said he had a message "straight from my heart" for those planning a journey to America: "If you can't come legally, don't come at all."

"Don't risk your lives or the lives of your children by trying to come to the United States on a road run by drug smugglers and human traffickers," Mr Pence added.

In legal action filed on Tuesday with the US District Court in Seattle, Washington, Mr Trump's 20 June order to keep migrant families together was also described as "illusory".

It is the first legal challenge over family separation from the states, which argue that the Republican president's executive order denies migrant families due process and the right to seek asylum.

States are now seeking a court order to reunite families and end the separation practice by declaring it "contrary to the Constitution".

Tuesday's lawsuit states that Mr Trump's order does not mandate the end of family separation and says nothing about reuniting families who have already been separated.

It also calls the policy "an affront" to the states' interests in maintaining standards of care for children and preserving parent-child relationships.

"The policy, and the administration's related conduct, has caused severe and immediate harm to the States and their residents."