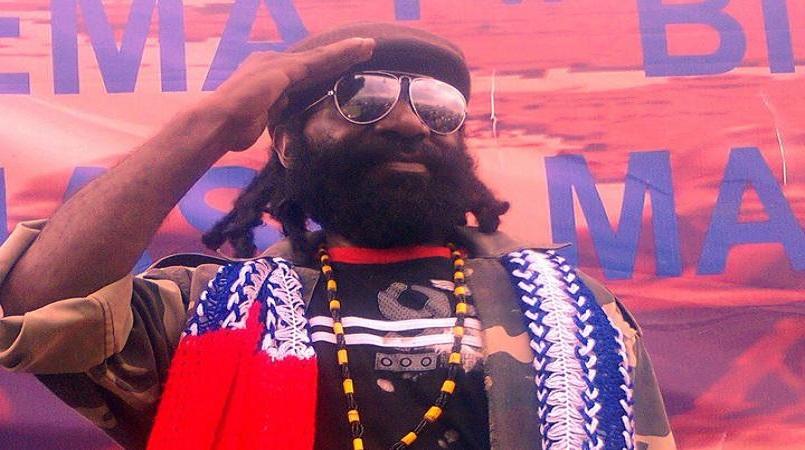 A leading West Papuan independence activist has been arrested by Indonesian police in Jayapura.

Buchtar Tabuni is a member of the executive committee of the United Liberation Movement for West Papua.

The arrest of Mr Tabuni by Brimob paramilitary police is the latest of dozens of arrests in Papua in a security forces crackdown after the widespread protests in the region.

At least 10 people have died in unrest related to the protests - the Liberation Movement puts the figure at 12, claiming security forces caused eleven of the deaths.

Meanwhile, the Liberation Movement has released a report on West Papuan actions against racism between 19 and 29 August 2019.

It said that in total, over 223,000 people took part in mass demonstrations, which were sparked by harassment of Papuan students in Javanese cities mid-last month.

Over 218,000 of the demonstrators were in Papuan cities and towns, but mass mobilisations also occurred in other parts of Indonesia, and a smaller number in other countries too.

Police in Papua have told Reuters that they blamed the Liberation Movement's UK-based chairman, Benny Wenda, for stirring the protests.

Police also said they have arrested 85 suspects since unrest erupted in mid-August.

According to the Liberation Movement report, around 82 people remain in detention in Papua, or other parts of Indonesia, for their participation in the mobilisations.

The pro-independence organisation says Indonesia's efforts to carry out a criminal process against various parties involved in demonstrations will not solve the problem of Papua.

It said it invites Indonesia to solve the Papua problem through political steps.